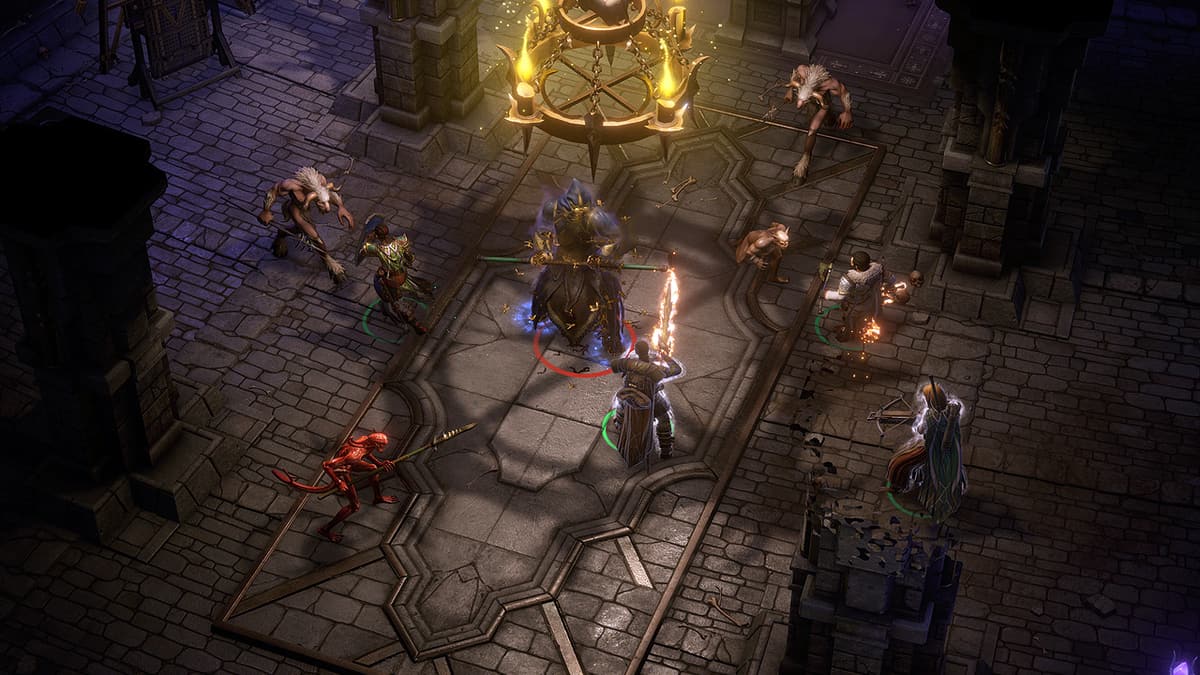 Pathfinder: Wrath of the Righteous was released on Steam a few weeks back to a warm and phenomenal reception, which publisher META Publishing naturally intends to use as a cornerstone for its upcoming roadmap.

Speaking with SegmentNext in a recent interview, head of publishing Andrey Tsvetkov confirmed that Pathfinder: Wrath of the Righteous will receive an update for PlayStation 5 and Xbox Series consoles once the isometric role-playing game lands on PlayStation 4 and Xbox One in early 2022.

Unfortunately though, developer Owlcat Games has no plans for a Nintendo Switch release in its current roadmap.

We plan to create an update for PS5 and Xbox Series owners after releasing the game on PS4 and Xbox One next year.

As for Nintendo Switch, I feel extremely bad for bringing sad news to the fans of this platform, but there is no version for Switch in our roadmap for the moment.

Tsvetkov noted that Pathfinder: Wrath of the Righteous will receive a console-specific user interface and will run the same on consoles as on PC in terms of performance. He however refrained from mentioning any performance metrics by citing that porting a game to consoles takes time and the reason why Owlcat Games had to shift the console release to 2022.

The devs work hard to deliver the best performance possible on these platforms [Consoles] and we will find out soon enough what they have achieved.

As for the existing PC version, Owlcat Games has split into two teams. The first one will continue prioritizing bugs and hot-fixes to polish the game as much as possible. The second one has already started work on the first of three post-release expansion packs, details of which are to be shared later on.

Our primary goal is to polish the game and fix the remaining bugs. We have already made some hotfixes to solve the critical issues and will release the Version 1.1 update by the end of September. This is a huge update with a lot of fixes, big and small, that should significantly improve the players’ overall experience.

A dedicated team not involved in patching has already started working on the first DLC. That one is the first out of three planned DLCs announced back in July as a part of the Season Pass. We will update the community on more details about this content and its release date later.

Pathfinder: Wrath of the Righteous will soon be a month old but Owlcat Games has started drawing plans for what comes next. The game serves as a sequel to Pathfinder: Kingmaker and Owlcat Games may (or may not) consider another installment in the franchise, but whatever the unannounced project is, neither developer nor publisher will be discussing anytime soon.

I can say that we definitely have an idea about what might come next after Wrath of the Righteous, but it is too early to speak about it out loud.

Pathfinder: Wrath of the Righteous has proven to be a commercial hit by selling more than 250,000 copies in its launch week. When asked to compare the sales with Kingmaker, Tsvetkov admitted that sales “performed significantly better in the first weeks, and it showed us how much the franchise’s popularity has risen in three years since Kingmakers’ release.”

Pathfinder: Wrath of the Righteous is now available on Steam. The PlayStation 4 and Xbox One versions arrive on March 1, 2022.