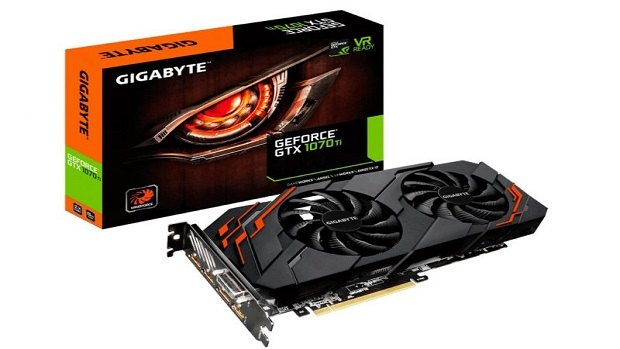 An Overclocked Gigabyte GTX 1070 Ti has been released and we are going to talk about it here. We know that Nvidia has been very strict about overclocking and that AIB partners are not allowed to sell factory overclocked GPUs that are overclocked out of the box. This also means that they cannot market the OC frequencies. This has made GTX 1070 Ti models indistinguishable at first sight.

The Gigabyte GTX 1070 Ti features one-click overclocking which is great if you are not interested in tinkering around with your PC, especially the graphics card. The memory of the card is clocked at 8,008MHz and the graphics card features a 256-bit in memory bus.

The GTX 1070 Ti has been released in order to compete with the AMD Vega 56 and it does that pretty well. It might not be able to beat the Vega 56 in all games but then expecting that to happen would be a bit unrealistic. This is a great upgrade if you have a GTX 1060 or older model but might not be the right move for people that own a GTX 1070 already.

Let us know what you think about the Gigabyte GTX 1070 Ti and whether or not you are interested in buying one of the GTX 1070 Ti variants.