How To Defeat Arbiter Of Descent In Outriders Worldslayer 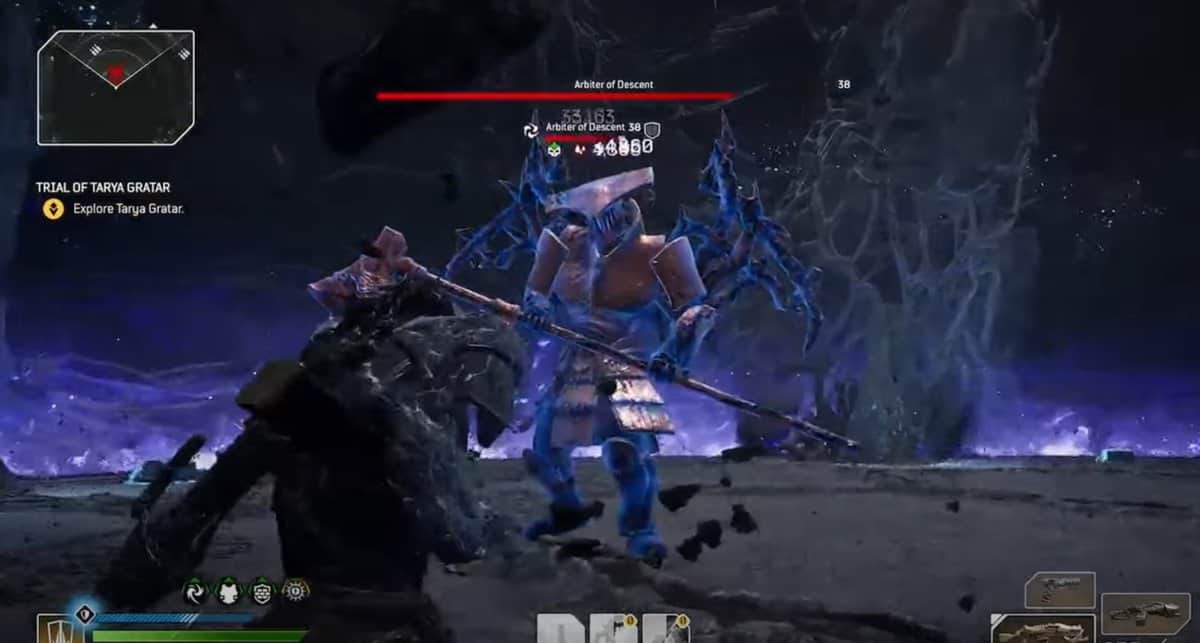 With the release of Worldslayer expansion, players have a new endgame activity to look forward to in Outriders; the Trial of Tarya Gratar. The final boss of this challenging activity in Outriders Worldslayer is Arbiter of Descent who can prove to be difficult even for well-made squads.

We have compiled this guide to aid you in understanding the mechanics of the Arbiter of Descent boss fight and help you defeat it.

Arbiter of Descent is the final boss of the game and is the hardest boss in the game. It’s recommended that you wear the highest-level armor that you have, or farm more gear if your gear is not up to standards.

We highly recommend going after Arbiter of Descent with Legendary Gear so you can stand a chance against the boss, especially if you have decided to solo the boss for some reason.

How to Defeat Arbiter of Descent in Outriders Worldslayer

Arbiter of Descent is ruthless and aggressive. He will leap large distances to smash you with his giant axe and is always swinging the axe relentlessly. The best way to fight Arbiter of Descent is from a safe distance where you can spam him with ranged attacks to take him down. Though he does have the ability to pull you towards himself, you can run away as soon as he lets go to stay alive.

During the fight, Dark Haze fields will spawn across the arena. Watch out for these as you will get stuck in them, tethered to the ground. You will be slow and an easy target for Arbiter of Descent.

Arbiter of Descent will also spawn a clone of himself, which will move in a straight line swinging the axe wildly. You can get out of the way and the clone won’t follow you. The attack is only a danger if either you are too close or unfortunately stuck in the Dark Haze.

The Arbiter will also spawn Tribute Clone who will reach for the pillars to spawn Dark Hives. These Dark Hives are plenty and have large health pools, meaning they can easily overcome your party. You will mostly be forced to focus fire on one of these hives to kill them so be ready to get extremely mobile and accurate in your shots.

Upon defeating Arbiter of Descent, you have the chance to get one of the three Apocalypse armor pieces, depending on the class you are playing. You can either get Explosive Temper Helm, Footwear of Terminal Velocity Shoes or The Messenger Assault Rifle.