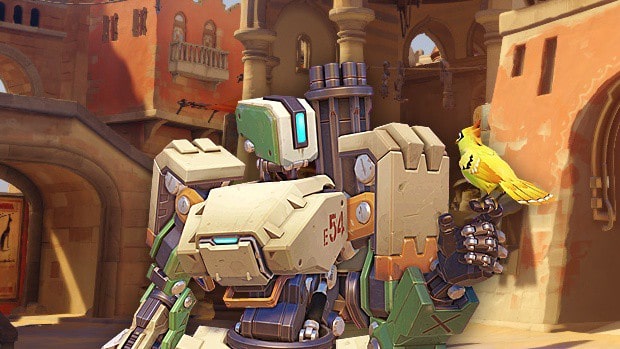 The Overwatch development team had a lot of design choices on the table when it originally began work on creating Bastion.

At one point, the battle-bot was able to shoot through walls. Blizzard was interested in a character that could completely lock-down a portion of a map, prohibiting enemy players from even taking refuge inside structures.

In a recent Ask Me Anything (AMA) session on Reddit, game director Jeff Kaplan revealed how Bastion saw several iterations before being released for the public.

However, the vast arsenal proved to be too overwhelming for the game. In addition, his different transformations into other forms “really fit the character”. While the newfound design path proved to be too much work, it ultimately was “worth it”.

Among all heroes featured in Overwatch, Bastion is the one that went through the most changes, and that doesn’t include the updates after he went live.

Bastion received a major rework with Patch 1.8 earlier this month. Featuring a new Ironclad passive that reduces all incoming damage, and several improvements to his configurations, Bastion was termed as “broken” by the community.

Even Kaplan himself found the hero to be too powerful in the game. Hence, a mid-patch update brought Bastion’s numbers down to make sure it wasn’t a grind to take down the battle-bot.

However, at the same time, the director feels that much of the feedback is blown out of proportion. It’s true that the rework made Bastion more popular, but the hero doesn’t necessarily guarantee victory.

Elsewhere in the thread, Kaplan touched upon Blizzard’s development philosophy for Overwatch. While the community is asking for more heroes to be added to the roster as soon as possible, the developer is not interested in rushing to pursue the same goal. Instead, it wants to spend time to give all heroes the “love and attention” they deserve, “from balance, to story, to skins and art.”

Overwatch will eventually receive new heroes but Blizzard is not going to burden the game with a horde of characters.