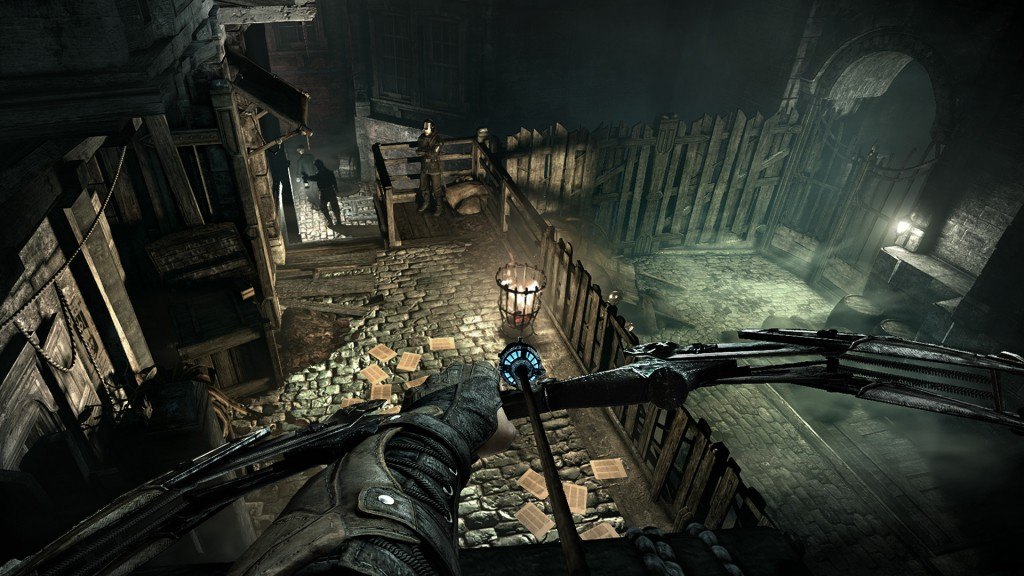 At New York Comic Con today, publisher Square Enix hosted a panel for their upcoming reboot of the steal classic, Thief. A lot of new information was provided for the game, as well as details for gameplay mechanics, which I’m sure fans of the series are interested in knowing.

Square Enix started things off by talking about Eren’s origins, an orphan forced to work in a brothel to clean up after customers and do the regular opium delivery. When given a chance, she finally escapes from the infernal place of pleasure and meets up with Garrett, the master thief. Our protagonist then decides to take her in and to train her in the art of thieving and stealth. However, things go array as Eren starts killing people and rebelling against the code taught by Garrett. They both ultimately split up and go their separate ways. Eren’s path though takes her through a series of events leading to her death.

Square Enix then took up Garrett, who after a year comes back to the City to find Orion making life miserable for the poor and starving citizens. It’s here when he’s given his first assignment, to steal a precious heirloom called the Heart of the Lion from the Baron’s mansion.

A gameplay video shown displayed impressive visuals, which even at low settings looked stunning. Entering the mansion is no easy task and here comes the use of light and shadows by our protagonist. The surface you walk on is also of importance. Carpeted areas for example muffle sound so you can choose to do quick sprints, while others tend to produce more sound when you walk on it.

The new Thief features a gameplay mechanic called Focus, which allows players to lock on to targets and make pickpocketing easier. For those interested in more of a challenge, this ability can be disabled in the game’s options.

Finishing missions earns you gold, which in turn allows you to purchase new gear, including gadgets and weapons. Distraction is also back and Garrett can pick up objects around him to throw around in order to distract guards.

Every building will have multiple entry points, with ventilation shafts setup around the interior. These can be used for quick getaways or infiltrations.

Enemy AI is very harsh this time around. They use peripheral vision to track movement and can actually catch Garrett this way. Players will know when they were spotted when an enemy makes eye contact. Additionally the melee combat system is pretty difficult to master. According to Square Enix this is to discourage players into relying on brute force.

Depending on the difficulty setting set by the player, Garrett can narrate clues to himself and help out during missions.

Thief is really shaping up to be a good game and I for one can’t wait for its release next year.