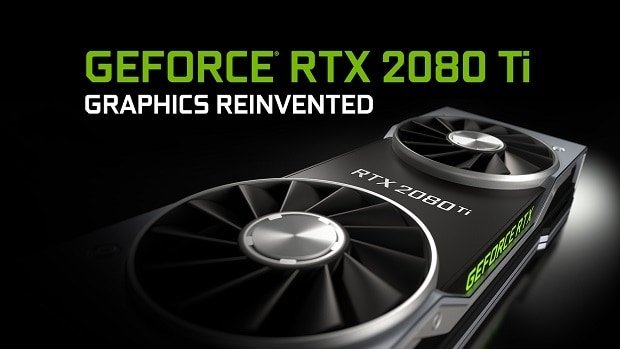 The numbers were revealed by the Youtuber “der8auer”, who is a well-known CPU overclocker. Also, the numbers don’t represent the entire stock of Nvidia RTX 2080 Ti but, only for the Caseking.

However, RMA of just 1.4% for Nvidia RTX 2080 Ti indicates that some isolated incidents are highlighted to make Nvidia look bad. However, this doesn’t mean there aren’t any defective pieces out there.

But, people might be blowing this whole situation out of proportion without any solid evidence. Simply put, not early as much Nvidia TX 2080 Ti GPUs are defected as everyone is making it to be.

Speaking of the Nvidia GPUs, the company is yet to reveal its GTX 2060. However, it seems that the GTX 2060 has leaked with some new Final Fantasy 15 benchmarks. The alleged Nvidia GTX 2060 is even faster compared to the GTX 1070 Ti.

Also, don’t expect the GTX 2060 to support Real-time ray tracing or RTX as RTX 2070 is the minimum requirement for that.

Valve has also revealed Steam Hardware Survey for October 2018. According to the stats, Nvidia and Intel continue to dominate the PC gaming. While Nvidia has gained more users but, Intel’s users remain the same as September 2018.