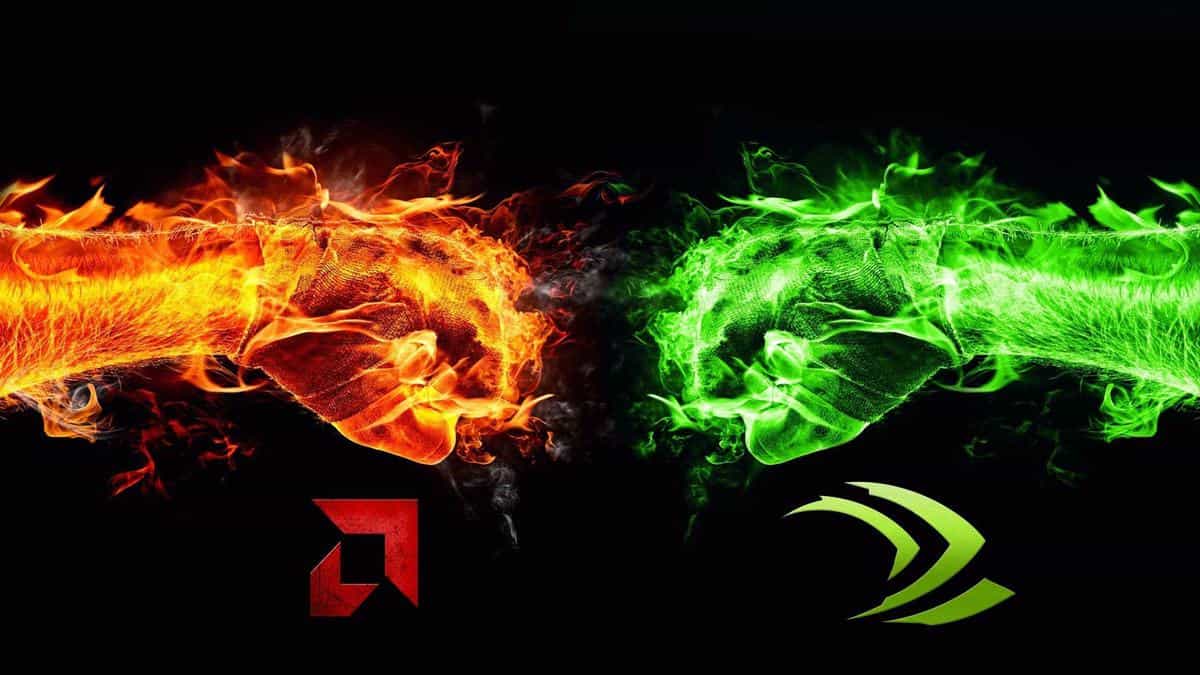 It is a face that Nvidia has been taking over the market against AMD since a while now, even back in 2014 they had almost three quarters of the market share; it appears they have been absolutely destroying the competition in the second quarter of 2015!

Based on a study done by Mercury Research, the market share of Nvidia in terms of GPUs being sold has risen to a crushing 82 percent as compared to just 18 percent of AMD.

Exactly two years ago, this equation was much more favorable for the latter since they sold 38 percent of the GPUs as compared to Nvidia’s 62 percent which despite being strong, was not as gigantic as it has become now.

As you might have expected, this is the greatest share that Nvidia has achieved ever since they have been in business.

It has also come to our attention that the overall market of desktop GPU as well as notebook GPU has shrunk by a considerable amount i.e. 21.7 percent and 34.1 percent respectively as compared to units being sold last year.

As you can see in the graphical representation below, AMD is facing a dangerous downwards slope in its sales and trend analysis would tell us that they will have to d something special in order to fight back Nvidia. 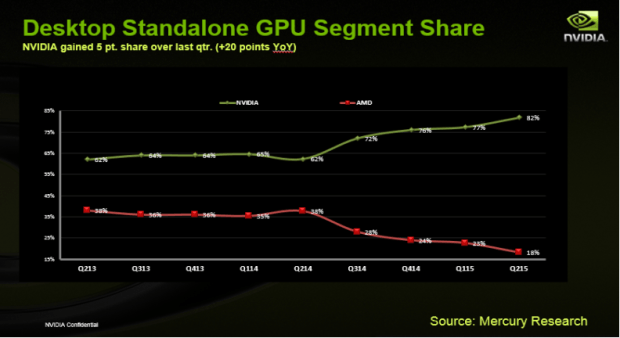 Were you expecting such drastic differences between sales of the two companies?