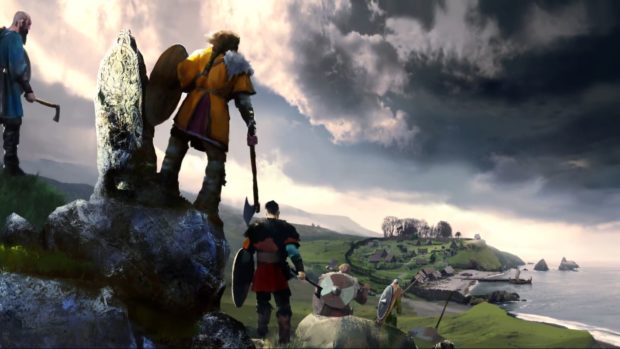 Over the past few days, there were rumors that new Assassin’s Creed game is coming and it will take us back to the Vikings era. One of the concept artists working at Ubisoft shared an image showing the Vikings Era, a village from the time and our Assassin moving toward the village in a boat.

It was a gorgeous scene which led many publications out there to speculate that something called Assassin’s Creed Ragnarok is going to happen. Let’s take a look at the concept art that sparked so many speculations and ideas from the community. 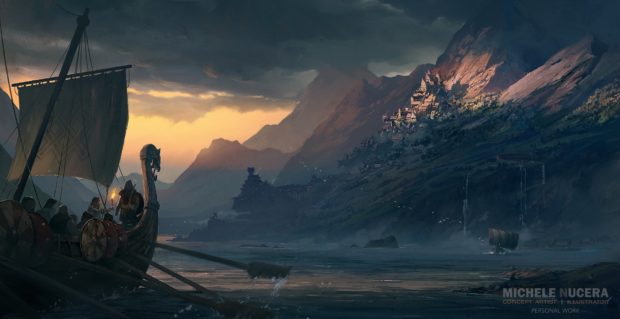 Visiting the Vikings era seems like a great idea but it isn’t happening, at least this concept art isn’t anything to go on. The artist, Michele Nucera, made it clear on his artstation bio that this is just his “personal concept” which means it’s unlikely to be a representation of anything Ubisoft is working on.

Either news outlets were too quick to report on it and missed the description of the image or Nucera updated it later on to shoot down the speculations. Either way, Assasin’s Creed Ragnarok is unlikely to happen this year or the next.

Speaking of speculations and rumors, there was another one from a different source that claimed to have news about a game called “Dynasty,” the next Assassin’s Creed. According to the source, players are going to visit China in the next Assassin’s game, which by the way won’t happen this year.

As you may know, Assassin’s Creed is no longer an annual franchise but who knows? After the success of Origins Ubisoft may have changed its mind.