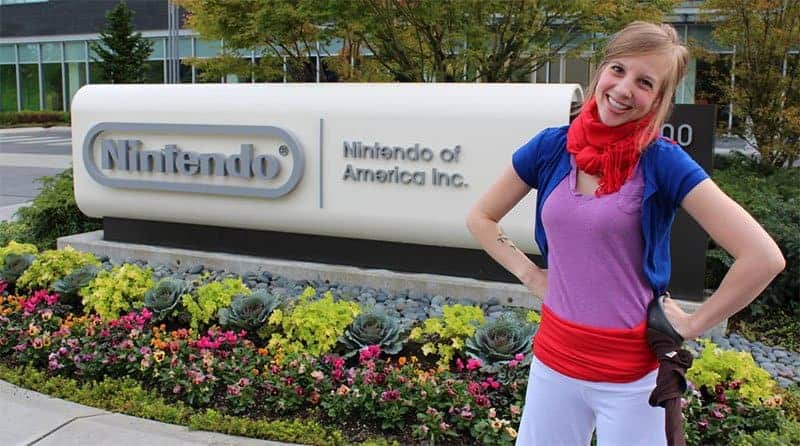 Internet trolls use various tactics to shame, discredit, harass, isolate, and mentally/emotionally torture individuals. They don’t refrain from even going through their target’s garbage to find something that points to a skeleton in someone’s closet.

Over the past few months, internet trolls have caused quite a lot of commotion for a Nintendo Employee named Alison Rapp, a female mid-level marketing face of Nintendo America. For months, internet bigots made sure they shamed, isolate, discredit, harass Ms.Rapp in every way possible.

They believe that Ms.Rapp is somehow responsible for their favorite Nintendo games being censored in America. An amorphous group has targeted her relentlessly, going as low as using her Amazon wishlist and an anime pillow to shame her.

Pointless and desperate petitions were also filed in order to get her fired from Nintendo. Unfortunately for them, nothing worked and even petitions were taken down as they violate community guidelines.

The problem is censorship, how games from one culture should be presented to another? The Japanese are much more comfortable with exposed bodies, sexual content etc. Meanwhile, such games are often criticized when they enter the western market so companies modify costumes, same sex sequences, and most of all translations of in-game dialogues are modified to make them more suitable and acceptable in the western market.

The debate has been going around for a while but the recent release of a Fire Emblem game heated the conversations far beyond necessary. Gamers are furious over the fact that Fire Emblem has poor translations and it some cases, unnecessary editing of content that would have perfectly fine in the west.

There are a reasonable bunch of fans who are trying to provide a better and authentic translation for Fire Emblem but there is a group that is not happy with how Nintendo is removing sexualized content and they needed someone to blame.

Rapp doesn’t translate games nor has anything to do with removing any content, however, she has been blunt about her opinions of online abuse against women and the difference between Japanese and Western culture when it comes to child pornography.

She wrote an essay “An Argument for the Cessation of International Pressure on Japan to Strengthen Its Anti-Child Pornography Laws” which is based on a deeply sensitive issue. Ms.Rapp explains a deep culturel divide between the west and Japan when it comes to sexualizing young people and its free speech.

She compares that to western efforts against child pornography and forcing Japan to do the same. She clearly distinguished between exploiting real children, which isn’t acceptable, and creating fantasy sexual materiel in Manga, video games etc.

In short, she is against western dictatorship, pressure over Japan in this matter. If certain type of sexual content is acceptable in creative works in Japan, then west should respect that.

But somehow her opinion brought her in the middle of a firefight between Nintendo and angry fans. At some point, she was labeled “social justice warrior.” and a paedophile. Meanwhile, if you read her essay she actually demands stronger laws for the exploitation of young people.

Her opinion in which she explains how Japan should stay Japan and shouldn’t change its pornography laws is used against her by people who blame her for Nintendo aggressively editing its games for sexual content.

A very recent article by white supremacist website Daily Stormer paints her as “the next logical step in the liberal march…toward wherever these women and Jews think it’s marching toward,” She is a result of “the impact of Jews and feminism on our society.”

One of the top comments on the article is from a popular jailed hacker who openly admits how he was “long-time critic of Judaism.” He shared contact information of top Nintendo executives in hopes of people contacting them to ask them to fire Ms.Rapp.

He asked readers to pose as concerned parents so that Rapp couldn’t dismiss it as a white supremacist conspiracy. Many who were publicly associated with GamerGate are in favor of Nintendo firing Rapp as they consider her a paedophile.

Rapp hasn’t been totally silent on the matter, she recently retweeted:

Aaaahhh, nothing quite like waking up to a bunch of GG-ers and white supremacists in my mentions, trying to ruin my life because video games.

The way she is facing backlash from the community makes one think that she is involved with localizing Nintendo games and removing features like a face-petting mini game, boob slider etc. She worked at Nintendo Treeshouse in Marketing but many assumed that she was involved in the removal of sexualized content which makes no sense.

Criticism started with accusations of her involvement in removal of content and ended with her being called a paedophile after defending Japanes pornopgraphy laws.

The most recent development on this subject has been her termination. Nintendo has fired her and assumption is that it was due to her being a target of internet hate which reflected poorly on the company’s image.

Nintendo on the other hand denies this by saying:

Though Ms. Rapp’s termination follows her being the subject of criticism from certain groups via social media several weeks ago, the two are absolutely not related. Nintendo is a company committed to fostering inclusion and diversity in both our company and the broader video game industry and we firmly reject the harassment of individuals based on gender, race or personal beliefs. We wish Ms. Rapp well in her future endeavors

Internet trolls and people associated with GG will consider this a win which a very concerning matter. No matter what the reasons are behind her termination, internet bigots will now feel encouraged to target individuals online and harass them even though they may not be the reason why Nintendo fired her.