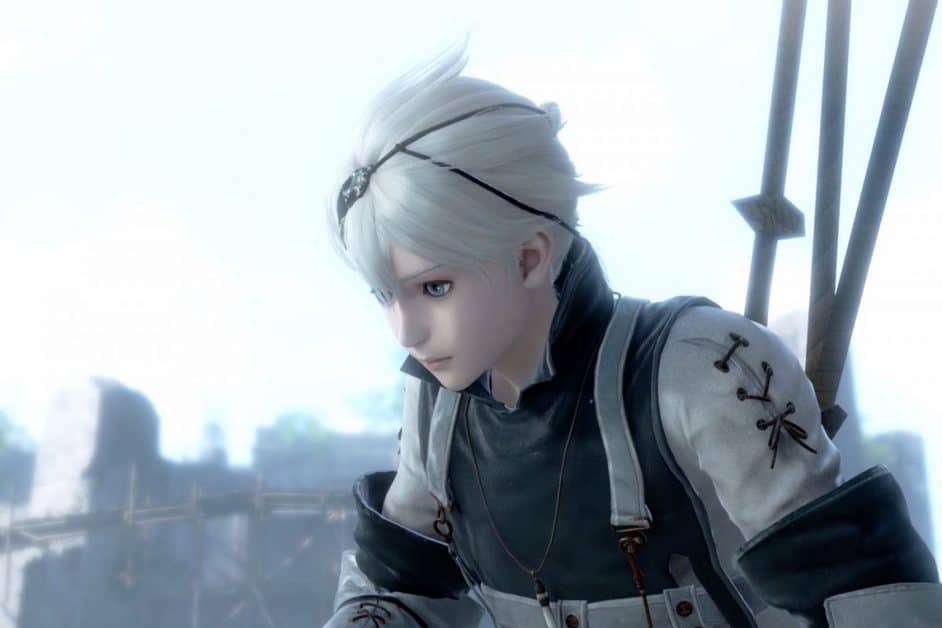 Below we have listed down all the Facade side quests that are present in NieR Replicant.

The Littlest Hero
This side quest can be started by talking to the Weapon shop Owner in Facade. To begin, you’ll need the Royal Compass, which can be obtained from the guard stationed to the right of the King’s Mansion. Then venture into the desert and experience a sandstorm.

Near the Sandstorm, you will find an NPC marked on your map, but he will flee. Make your way through the Sandstorm to the other side. You will see Wolves there. Go down the stairs and through the fence, and kill the wolves to complete the side quest.

Apology from a Fool
To start this side quest, talk to the Strange thing shopkeeper in Facade. In this side quest, you simply need to kill and loot wolves in the desert until you have 10 Wolf Hides. Bring them back to the shopkeeper, then speak with his wife to finish the quest.

Item Unknown
Talk to the Masked woman present near the King’s mansion in Facade to start this quest. She will ask for 10 “round, striped food” items, which are watermelons. Give her 10 watermelons by harvesting or buying them to complete this.

The Missing Girl
Talk to the woman present near the strange shop in Facade to start this quest. In this quest, you will need to find the missing girl who is somewhere in Facade. Outside the King’s Mansion, speak with a masked person. Then, near the Strange-Thing Shop, speak with another Masked Person.

After speaking with the masked Treasury guard, proceed to the right of the town entrance to speak with the watchman. Return to the NPC north of the Strange-Thing Shop after walking out into the desert and running towards the first Sandspout just outside of town to give her the information and finish the quest.

The Tangled Message
This Facade side quest can be started by talking to a soldier in the center of Facade city. You will be participating in a game in which you pass messages on and receive hints as to who the next person you need to contact is. To go on, you must then say the appropriate thing to them. If you make a mistake, you must start again. In order, here are the five people you should contact:

To find this person, head to the north side of town on the upper level.

This person is present on the northwest side of town.

Life in the Sands
In order to start this quest, you need to wait to receive Emil’s letter from Poopla. After that, talk to the masked woman at Facade’s entrance to start this quest. You must obtain 10 Pink Moonflower Seeds for the quest giver. These can be obtained by crossbreeding flowers in your greenhouse. This may take some time as a lot of it depends on your luck of when you receive the seeds.

A City Reborn
Talk to the guard at King’s mansion to start this side quest. You need to collect 20 each of iron ore, clay, and logs. You can buy these items from different material shops and then hand them over to the guard to finish the quest.

Disturbing the Sleep of Kings
This side quest is given to you by the King of Facade. However, first, you will need to complete the ‘A Shade Entombed’ side quest. In this side quest, again head to the barren temple ad kill all the shade enemies present there.

Nightmares and Dust
This can be obtained from an NPC present near the entrance of Facade. In this side quest, you need to investigate disappearances by traveling to the desert sandstorms. Walk around until you come across a shade enemy. Defeat it and let the NPC know to finish the quest.