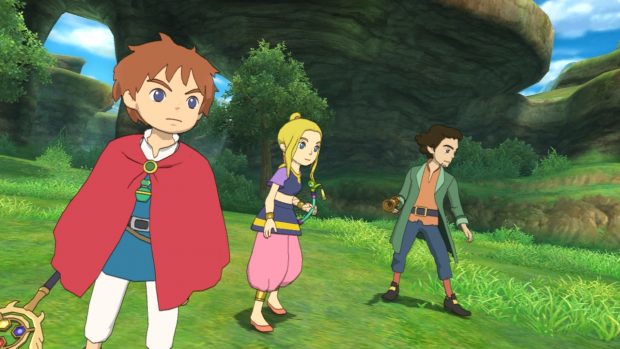 Ni No Kuni is a PlayStation 3 and Nintendo DS exclusive and is an excellent game. However, the game was never ported to PS4 not it was remastered for it, however, one creative hacker has successfully run Ni no Kuni on RPCS3 emulator which by running it on a PS4.

As you can see in the video, the user is running Linux on the PS4 which he then used to run RPCS3 to run Ni No Kuni. The reason why he needs the RPCS3 is that the game is a PS3 exclusive and RPCS3 being a PS3 emulator, is required for the game to boot and Linux is required to boot the RPCS3.

It seems strange why the user chose the PS4 instead of PC since the user could potentially have gotten better results on a high-end PC. However, despite that, it is interesting to see a PS3 game running on PlayStation 4 with the help of RPCS3 emulator.

The reason why the game isn’t running well on PS4 despite being a PS3 game is that PS3 features a complicated architecture and the emulator needs to emulate the entire PS3 architecture virtually which causes the performance to drop significantly.

Speaking of the RPCS3 emulator, Demon’s Souls is another console exclusive that never made it to PC, however, with the help of RPCS3 you can run Demon’s Souls at 4K/30 FPS on PC.

However, these are not the only games that RPCS3 is capable of running as the emulator recently saw improvements for God Of War 3, Army Of Two and more games.

Not only that, Red Dead Redemption and The Last Of Us are also playable on PC with the help of RPCS3 emulator.

What do you think of Ni no Kuni running on PlayStation 4 with the help of RPCS3 emulator? Let us know in the comments.