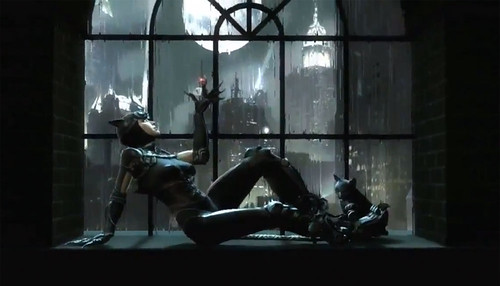 A new trailer has been released for Injustice: Gods Among Us and it shows quite a bit of the fast paced combat.

The real reveal in the trailer is that Kevin Conroy is back to voicing the Dark Knight once again after his last stint in Batman: Arkham City. Conroy has been the voice of The Goddamn Batman longer than any other actor in live-action or animation since he first took the role in Batman: The Animated Series in 1992. Though the cast has not been revealed, any die-hard Batman fan will recognize the voice instantly.

Rumors say that the plot follows a clash between Batman and Superman, with this statement by Blur Studios:

An all-out battle rages between the forces of Superman and those allied with Batman’s rebellion. Time has stopped—the world completely frozen in a instant of time—a moment where violence has boiled over and could consume the meta-human community

Blur Studios was responsible for the first Injustice trailer. Injustice: Gods Among Us comes from Mortal Kombat creators NetherRealm Studios who plan a more over the top fighting game for their latest title versus the more bloody work they are known for.