If this gameplay footage of FromSoftware’s latest Dark Souls 3 has impressed you, the new details shared by a promotional poster that got leaked recently will definitely be of interest to you.

The pamphlet has been received by a couple of people in Japan and we have been able to get our hands on some pictures that detail whatever has been shared by the developers.

So first off, the posters boast of the game being “deeper” than the previous iterations and dynamism in terms of light sources, ashes, shadows, and a “peculiarly strong online system.”

We are listing down everything that has been shared on the new poster of Dark SOuls 3 so that you can siphon out whatever you can:

While many of these things were either expected or confirmed, but tell us if you found anything that gets you excited. Also, check out the posters below. 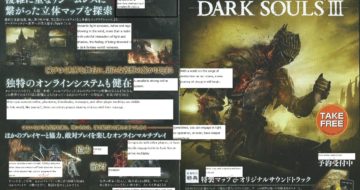 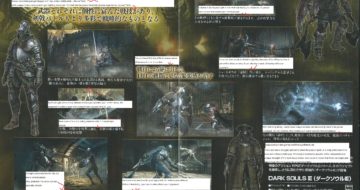 The recently released system requirements for the game have also revealed that you are not going to require a really expensive card in order to play the game, so we think most of you are going to be able to be able to enjoy all that we have told you above.