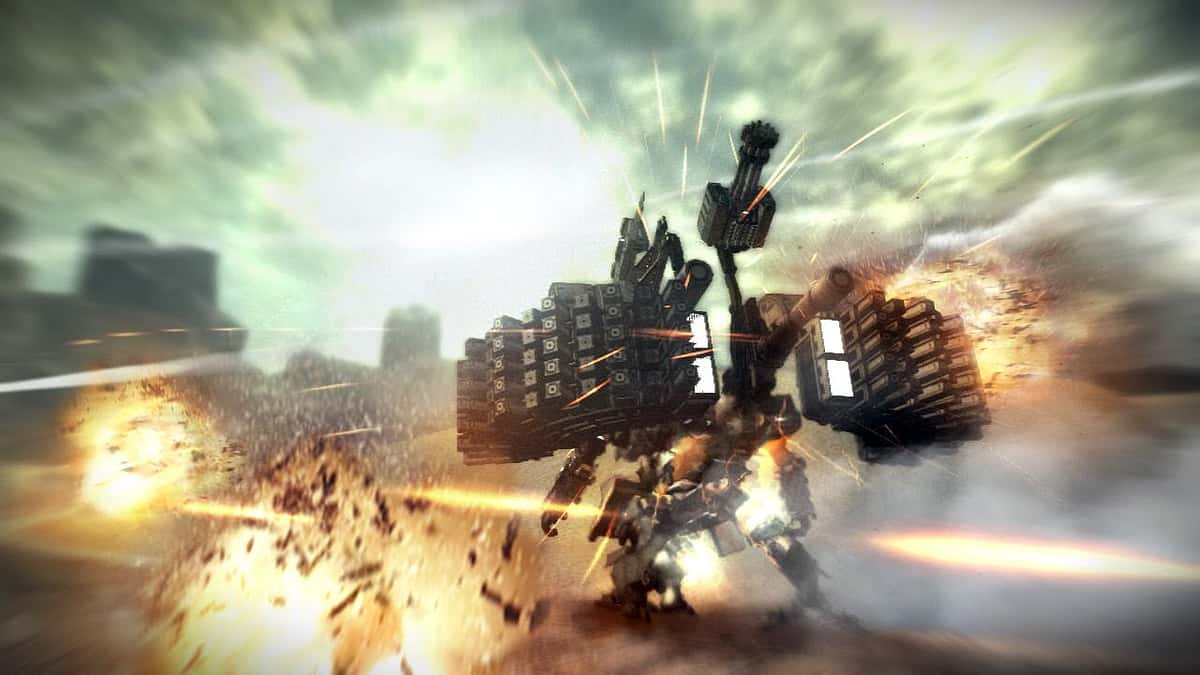 The stars may be aligning because developer-and-publisher FromSoftware appears to be reviving its Armored Core franchise with a brand new installment.

According to ResetEra user Red Liquorice earlier today, FromSoftware has been sending out consumer surveys to select participants which contain plot details, screenshots and footage of general gameplay as well as boss fights of the unannounced Armored Core game.

The alleged screenshots and footage have not been shared online because they all were “ID watermarked” and doing so would mean ousting the user to FromSoftware. Based on description alone, the new Armored Core game will feature a massive third-person world with dynamic (and maybe cooperative) gameplay as well as Souls-like boss fights, which should turn a lot of heads.

“The boss fight looked quite Soulsy – the long-range gunfire reminded me of Virtua On, that’s my frame of reference, I’m not a mech fan and haven’t played any AC games,” wrote the user. “The player character in a white mech went in close to the bigger robot boss and fought with like an energy or laser sword, this looked Souls-style.

“The field gameplay, the player in the same white mech seemed to be following a couple of other players in the distance (co-op?) and they were walking (flying close to the ground maybe) through a snowy area towards either a large wall or gate, this seemed Soulsy too, the vastness of the architecture, but it wasn’t a castle more like a worn down metal/stone wall or gate. It was quite short.”

The consumer survey furthermore asked participants to help name the game. They were able to choose from a number of “Armored Core: [Something]” names but it warrants that the developer also listed Armored Core 6 which pretty much nails it down. The game will not be a spin-off but will in fact be a direct mainline sequel in the franchise.

Armored Core 5, the last in the lineup, was released back in January 2012. The franchise was more or less shelved right there.