Need for Speed Latest Car List Revealed, With Many More to Come 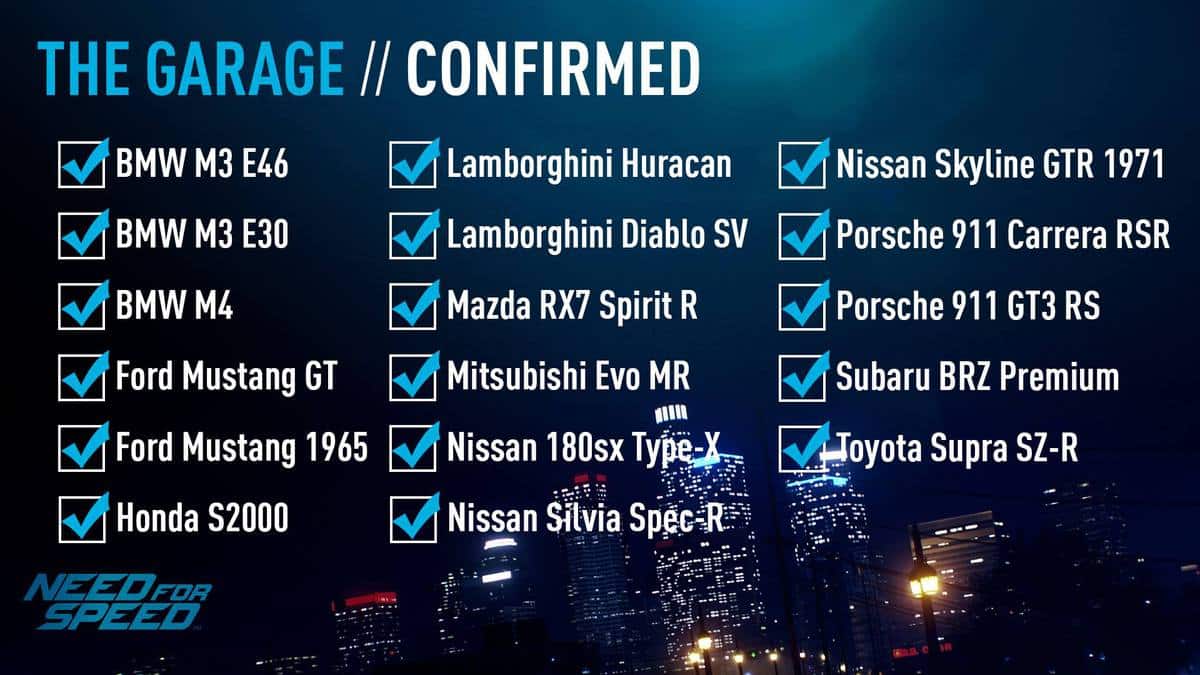 EA have been teasing what cars will be coming in Need for Speed. Now with the latest image released on Facebook we’ve been given a good taste of what cars are coming.

From the image, we can see that these are the cars officially confirmed to be in Need for Speed now:

With this revealed list we’ve got a good taste of cars that are focused on not only style but speed. With these cars you’ll be able to impress the Icons in the game with your skills.

The reveal of the new images makes it clear that there are “many more to come” and when compared to other racing games this is a relatively small list. For the style of racing game it is though, taking the Need for Speed franchise back to street racing, just how big will the list be in the end?

With the reveal of the car list, this is a nice break away from footage of the FMV style gameplay that we’ve seen at E3 and Gamescom 2015. While the racing looks impressive, the interaction with the characters in the game hasn’t been. Though the integration of real life footage and gameplay is relatively smooth.

What we need now we have some car details, is some impressive footage of the cars on the road. Screenshots showing off the cars will be welcome too, and I’m sure we’ll be seeing plenty of those.

Are you impressed with the car list so far for Need for Speed? Let us know your thoughts below.