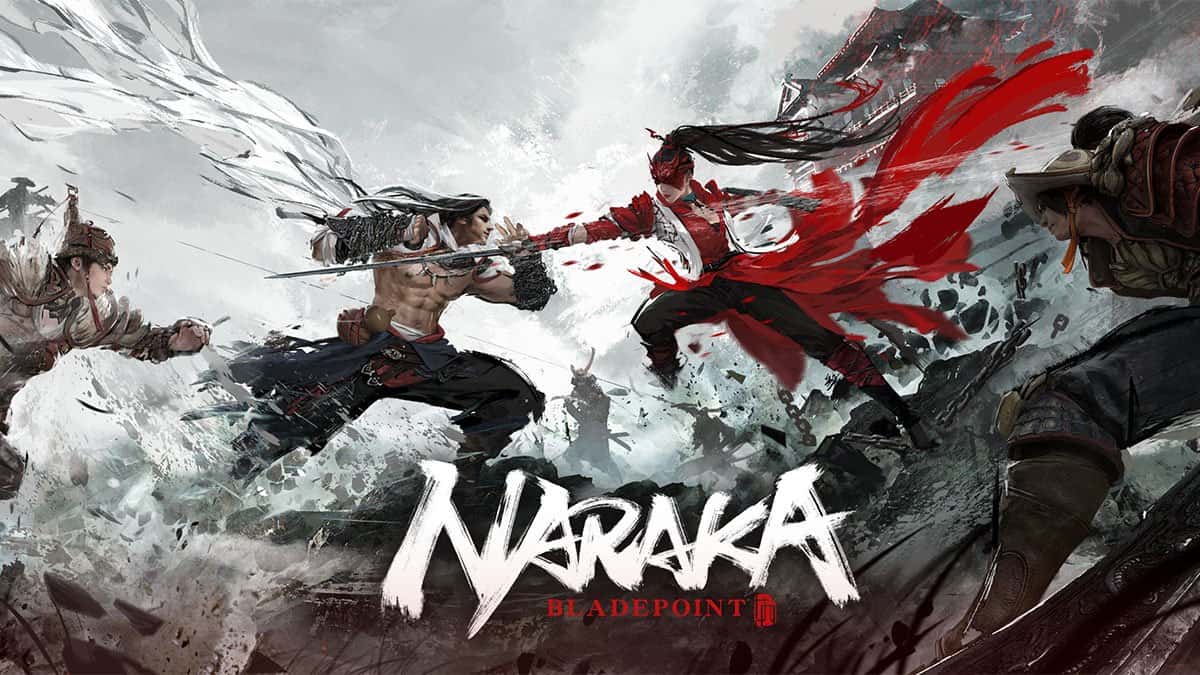 In Naraka Bladepoint, there are a total of seven playable characters to choose from. Each character has a special skill, called F skill, and an ultimate, which controls how it performs in the battle.

Below, we’ve detailed everything you need to know about every single one of these characters.

Matari is renowned in the Naraka Bladepoint world for her eagle speed. Her F skill is Silent Flutter, while her Ultimate is Unseen Wings.

Silent Flutter allows Matari to teleport for a specified distance. Using a slight variation to this F skill, you can mark a point to return to in case you want to proceed forward.

As for the Unseen Wings, it lasts for 25 seconds and offers several perks.

For one, it reduces the cooldown for Silent Flutter. Furthermore, it makes you invisible when standing still and partially visible when on the move.

One of its variations also allows your teammates to avail themselves of the same invisibility benefits as your character for 12 seconds.

Matari is probably the most overpowered character in the game as of right now.

She can eliminate her disadvantaged state by blinking out, she can mask both of her attacks by going invisible and even prevents you from auto-targeting with a grapple. So, she can easily get out of trouble whenever needed, making her an extremely powerful character.

Before Valda Cui, Yoto Hime was the latest character added to Naraka Bladepoint, and it’s your choice if you prefer an aggressive approach. Her F skill is Spirit Slash, while her Ultimate is Ominous Blade.

Spirit Slash allows you to block the projectiles and throw your blades at enemies and then, teleport to their location to hit them again. This is a great tool to shock your enemies while maintaining defense.

Also, if you defeat foes while it is active, its cooldown gets reset.

As for Ominous Blade, it summons an enormous blade that Yoto Hime swings three times to slash down the enemies. While your enemies are inflicted damage, their health bars will also be revealed.

Since Yoto’s ultimate got buffed, she’s become a much better character. She now swings her big slashes faster and she gets lifesteal off of every single version of her ultimate.

Known to function as an offensive tank, Tarka Ji is one of the most courageous characters of Naraka Bladepoint. His F skill is Inner Fire, while his Ultimate is Blackout.

Inner Fire enhances the defense system of Tarka Ji, allowing him to block melee attacks and also counterattack should the blocks made be successful.

One of its variations, named The Bide, allows Tarka Ji to block ranged projectiles and Gigaflame as well. You can also knock enemies back with a huge fireball while using this variation.

With the Blackout Ultimate, you’ll find yourself surrounded by flames that won’t only knock enemies back but also increase your movement speed.

With the frenzy variant of this ultimate, you’ll be able to regain Rage, which is required to carry out Ultimate moves.

One of Tarka Ji’s biggest strengths is his infinite combo with the Katana. But the Greatsword is probably the best weapon to use with him. Tarka Ji with a Greatsword in his ultimate is one of the most frightening things in the game, which is why he’s certainly an A-Tier character.

Viper Ning is the blind Blademaster of West Kunlin and is quite versatile with good Damage Per Second (DPS) potential. Her F skill is Yushan Enigma, while her Ultimate is Twilight Crimson.

Yushan Enigma produces a destructing blast, pushing all your enemies back. It can also interrupt Blue Focus but won’t have the same effect on Focus.

Also, one of its variations allows you to prevent your enemies from using skills or Ultimates.

On the other hand, Twilight Crimson stuns all nearby foes and makes them visible. So, Viper Ning becomes particularly lethal in close-range combat.

It’s worth noting that while the enemies are stunned, their skills and Ultimates will be rendered useless.

Viper Ning’s biggest strength is her combo extensions. Her lockdown into an ultimate combo is still one of the best combos in the game and her silence combo extensions are very powerful too.

Tianhai is another one of the Heros who does great upfront. His F skill is the Divine Bell, while his Ultimate is Titan’s Call.

Speaking of the Divine Bell, it allows Tianhai to defend against all ranged projectiles as well as physical attacks.

You’ll also be able to disarm the nearby enemies or knock them back, depending upon the variation of the Divine Bell you go with.

As for the Titan’s Call, it turns Tianhai into a Varja, which is why it is excellent to use in an open area. You will be able to grab and smash any enemies close to you.

Also, you can grab an enemy and heal yourself or grab your teammates and heal them.

Tianhai has a lot of potential, but he doesn’t perform all that well in high-level play due to the fact that most players know exactly how to play around his bells, which is why he’s in the A-Tier on this list.

Temulch is more of a spiritual character who is geared towards self-preservation. His F skill is Zephyr Wind, while his Ultimate is Zephyr Wind.

As for Temulch’s Ultimate, that is, Zephyr Wind, it produces a barrier for 15 seconds that not only knocks enemies back but also blocks all ranged attacks.

In the current meta, Temulch doesn’t perform all that well. With the nerf to his tornadoes which made it so players are able to move faster through it, Temulch isn’t as strong as he used to be; but he’s not terrible either.

Valda Cui is the latest character to be added to Naraka Bladepoint and she’s an amazing addition to the game. Her F skill is Haze, while her Ultimate is Nether Nightmare.

With Haze, Valda Cui shoots a water bomb in a straight line. When this bomb hits a target (or reaches its maximum distance without hitting anything), it blows up. The enemy struck by it will be frozen for two seconds.

With her Ultimate, Valda spawns a tidal wave from her position which pushes away enemies in its path and traps them in a whirlpool called Dragon’s Coil for 15 seconds, unless they successfully break free from it.

Valda Cui feels similar to Tarka Ji, just not as impressive. She can do some pretty crazy combinations with her skills right now, but they’ll become less impressive as players get more familiar with her attacks and mechanics.

Valda’s biggest weakness is her ultimate, as it is strangely easy to dodge it. All you need to do is focus dash away from it twice. Due to this Valda, cannot place any higher than the B-Tier on this list.

Kurumi is a pretty useful character for team matches. Her F Skill is Ward, while her Ultimate is Sacred Circle.

Talking about Ward, it gives Kurumi the ability to heal herself as well as one of her teammates, making this F skill particularly useful in duos and trios matches.

This healing link between Kurumi and one of her teammates exists for the timestamp of 30 seconds, and this ability is available in knock-out friendlies.

The catch, however, is that Kurumi won’t be able to go on offense while healing.

Scared Circle, is again, the healing ability of Kurumi. It casts a circle, lasting for 15 seconds, that heals all the teammates inside it.

It must be kept in mind that Scared Circle can be affected by the moves of certain characters, such as those of Viper Ning.

Sacred Circle has some variation, too, for instance, the one where it can heal all the teammates at once when activated.

Kurumi used to be a decent character but since she got nerfed, she’s been practically non-existent in high-level play. Due to this, she places all the way down at the D-Tier in this list.

Which Characters are the Best?

Now that you’re aware of everything regarding the characters of Naraka Bladepoint, you must be wondering which one of them is the best for you.

Of these, I would say that the best ones are Matari, Tarka Ji, and Yoto Hime.

It’s also worth mentioning that if you don’t find a character appealing, you can always customize its appearance by heading into the Hero tab.