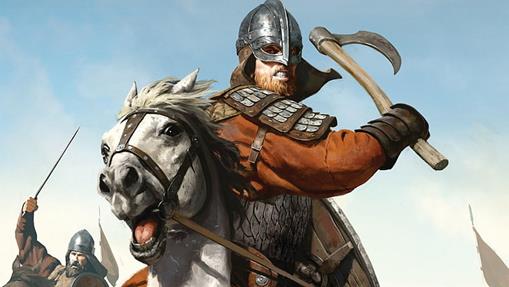 Mount and Blade 2 Bannerlord is now out, however, many PC users have reported errors that are ruining their experience. These include crashes, black screen, failure to start process, no audio, and many other errors. If you are in the same boat and facing any kind of technical issue with the game, check out this guide for possible fixes.

Here, we’ve compiled a list of all the Mount and Blade 2 Bannerlord errors, crashes and more, along with some popular fixes that might get your game up and running.

GPU device instance has been suspended

Some players are reporting that the game crashes at the menu giving the following error:

“d3d_device_context_-> Map at rglGPU_device::lock_texture Failed!
The GPU device instance has been suspended. Use GetDeviceRemovedReason to determine the appropriate action.”

To fix this error, try to avoid GPU overclocking. If you’re playing the game while your GPU being factory overclocked, then revert it back to the default clock speeds and the error should be fixed.

But, if you’ve not overclocked your GPU then it’s likely that your GPU is not capable of handling the game very well. In such a case, you should better lock your FPS to reduce the load on the GPU. Go to your game settings and adjust the Max Frame Rate so that your game no longer crashes at the main menu.

Another error that players are frequently running into while trying to launch Mount and Blade 2 Bannerlord is:

“Failure to start process for Mount and Blade Bannerlord.
Access is denied. (0x5)”

Here’s how to fix this error:

Right-click “Steam.exe” and select Properties. Then click the Compatibility tab and click “Run this program as an administrator”. Now repeat this process for Mount And Blade II Bannerlord’s exe and “Launcher.exe”. Once done, you should be able to launch your game without any error.

You can fix “Unable to initialize Steam API” error by running both Steam and the game as an administrator. Follow the above procedure of giving these programs the administrative rights and the error should go away.

If it doesn’t fix your issue, go to Windows Security > Firewall%Network Protection > Allow an app through a firewall. Now relaunch your game and check if you still get the error.

Many players are reporting issues while trying to launch Mount and Blade 2 Bannerlord. Firstly, make sure that you meet the minimum system requirements to run the game. If your PC can’t handle this game, then the only solution is to upgrade your hardware. But if it’s up for the task of running the game, here are a few fixes that will help you resolve this issue.

Sometimes the game doesn’t have privileges to access certain game files on your computer. You may need to provide elevated privileges by running the game as an administrator. If you have antivirus software installed, you should disable it temporarily to see if it solves your issue.

If the problem persists, you should uninstall Mount and Blade 2 Bannerlord, then re-install it and check to see if you can launch the game.

For those facing game crashing at startup, check your graphics card driver and make sure you’re running the latest version of the driver. The next step is to verify the integrity of your game files. The process will download and repair any corrupted game files so that you’re able to launch it without any issues.

Playing the game on an outdated Windows 10 build can also cause your game to crash. So make sure to update your Windows OS to avoid any conflict with the game. If the problem still won’t go away, then you should uninstall Mount and Blade 2 Bannerlord, then reinstall to fix the problem.

According to reports, players get a black screen while the sound keeps playing in the background. This issue may occur because the game’s resolution is higher than your monitor’s native resolution.

To fix it, press “ALT + Enter” and the game will run in the windowed mode. Now go to the settings and change the game’s resolution to your native resolution. Then run the game in the fullscreen mode and the issue will be resolved.

If you’re facing the partial or no audio issues, check to make sure you’ve selected the right audio channels for the game. To fix it, head over to Control panel > Sound. Choose your active audio device and click on “Configure”, then select stereo and follow the setup.

If the error persists, try disabling Windows Sonic for Headphones. To do it, right-click on the speaker icon in your system tray, hover over Spacial sound and when it expands, select Off.

Gohar Anwar
Reviews
In the News