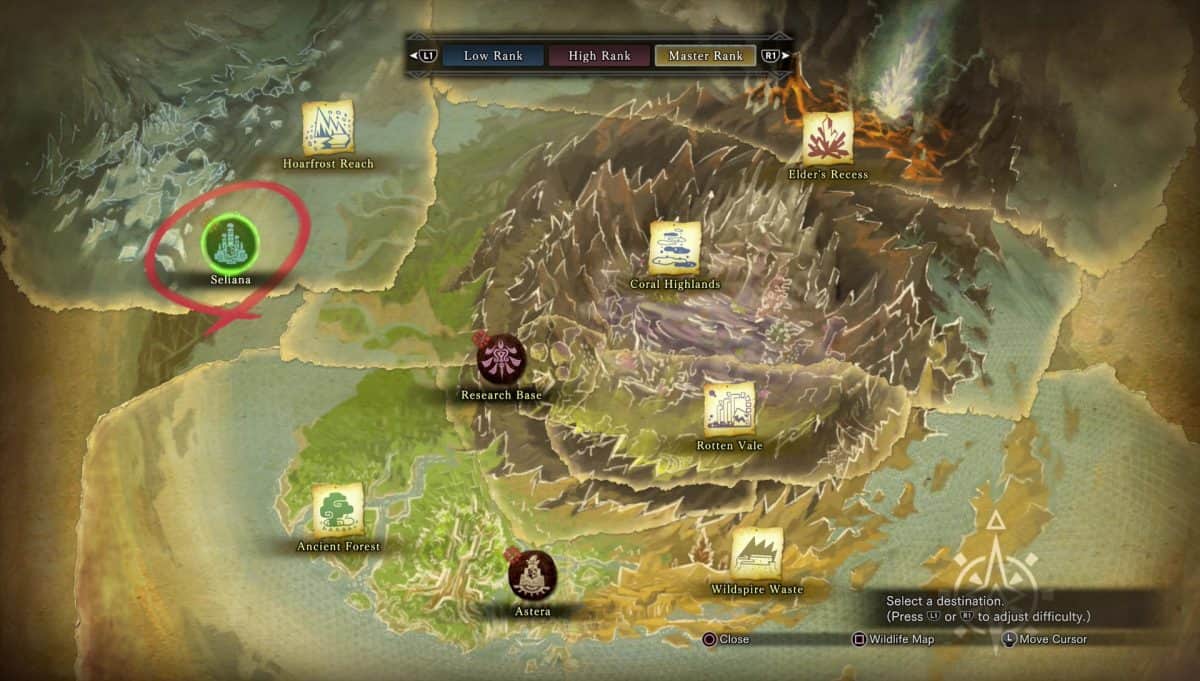 Progressing through Monster Hunter World, you will find yourself lacking certain resources to move on further into the game or to fight stronger beasts.

To add to this, some high-level charms will also require this item as an upgrade material.

If you are a little frustrated farming these items, then we are here to help you with Monster Hunter World Great Spiritvein Gem Farming.

Whichever monster you are going out to hunt, make sure to keep a few things in mind. Always, and I mean always try to break, flinch, stun or slam your opponents; this way you will collect way more loot.

It is recommended that you slam them into the walls using your Clutch Claw as it does a really decent amount of damage.

Keep an eye out for all parts and collect them before they disappear, we do not want all that work to go to waste!

Severed tails can also be carved into a Great Spiritvein Gem; so you might want to target a few of those.

With all that in mind, it should be worth noting that you keep Partbreaker and Slugger by your side which will help you cut off tails and break monsters’ parts way more effectively.

Skills will help you collect additional loot during your fight with these monsters.

Where to Hunt?
You can go to Kirin and Namielle for farming your gems. The area itself is quite small which means you will be able to use the environment to your advantage during your fights, and to add to that the fights are relatively easier compared to the other regions.

You will not have to worry about any negative effects on your character either.

As you get into the region, all you need to do is track down your monsters. You can use bait to lure out said animals or simply do a normal mission, which will give you cash as well.

Or you can simply search other players’ Guiding Lands for regions and hope they have the same motive as you.

A few extra tips
There is a little bug you can use in the game which requires you to pick up the Geologist Skill which will allow you to pick up shiny materials twice.

You can try this before the bug is patched out; but until it is there, consider using it to considerably speed up your farm.

Elder Dragons, Rajan and Savage Deviljho are all pretty much the same when it comes to drop rates, so you might want to use your better judgment and avoid Elder Dragons if you will.

Rajan and Deviljho are definitely much easier to square off against compared to the former.

For more location on the monster you are trying to hunt you can check your Hunter’s Notes to see which region will spawn Tempered Monsters and what level.

If you happen to meet the required level or exceed it, the monster that you will be baiting out will be guaranteed to be tempered.

That is in our opinion the best way you can approach Spiritvein Gem farming.

Try not to underestimate the tempered variant though, things can turn against your favor if you are not careful enough.