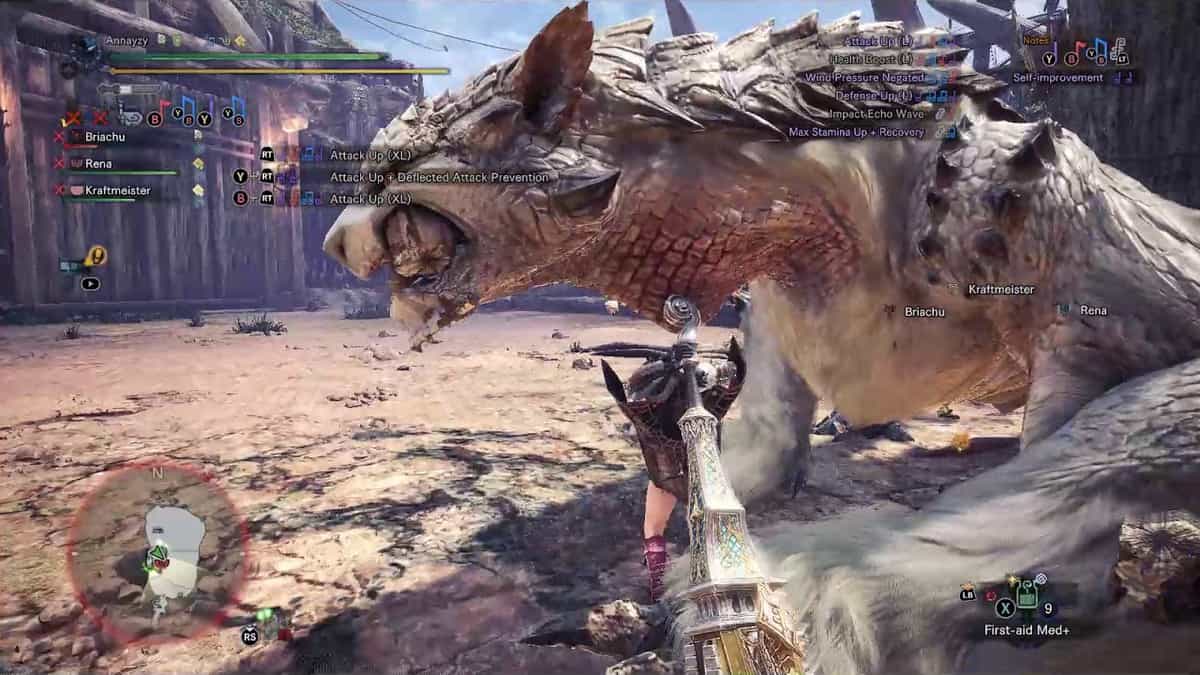 This guide contains all the information you need to know about the 50 Shades of White mission in MHW Iceborne.

To attempt the 50 Shades of White mission, you have to be MR 7 or higher. If the timer runs out, or you faint three times, it will result in a failure and you will have to start all over again.

To start this mission, go to the mission board and search for 50 Shades of White under the events section. This mission will be available up till February 13.

As mentioned previously, 50 Shades of White is a simple arena mission. All you need to do in this mission is to take down a single Barioth. You can team up with up to three other hunters to defeat the Barioth, making it even easier.

Completing this mission will grant unique material rewards, some of these are the items which allow you to create special weapons and armor at the Smithy, while some of them will just be for aesthetic purposes.

The main reward which players are after with this quest is the Fest Ticket. To unlock a Guild Palace weapon, you need two of them. In total, there are 14 different weapons, you need to collect 28 Fest Tickets. That’s a lot of grinding.

One thing you can do to boost the chances of more tickets being dropped is burning a Lucky Voucher. You can get three of them each day during the Grand Appreciation Fest.

The Guild Palace weapons start at Rarity 10, and can be upgraded individually up to Rarity 12. This will require lots of Master Rank Arena Coins – Hero Coins, specifically.

You can acquire these Hero Coins from the arena quests. Arena Master Quest 06 and 07 are a great way to get the Hero Coins.

The Guild Place weapons are quite impressive, having great raw damage and hidden Water elemental damage. Their stats aren’t as great as Safi’Jiva gear, but still good nonetheless.