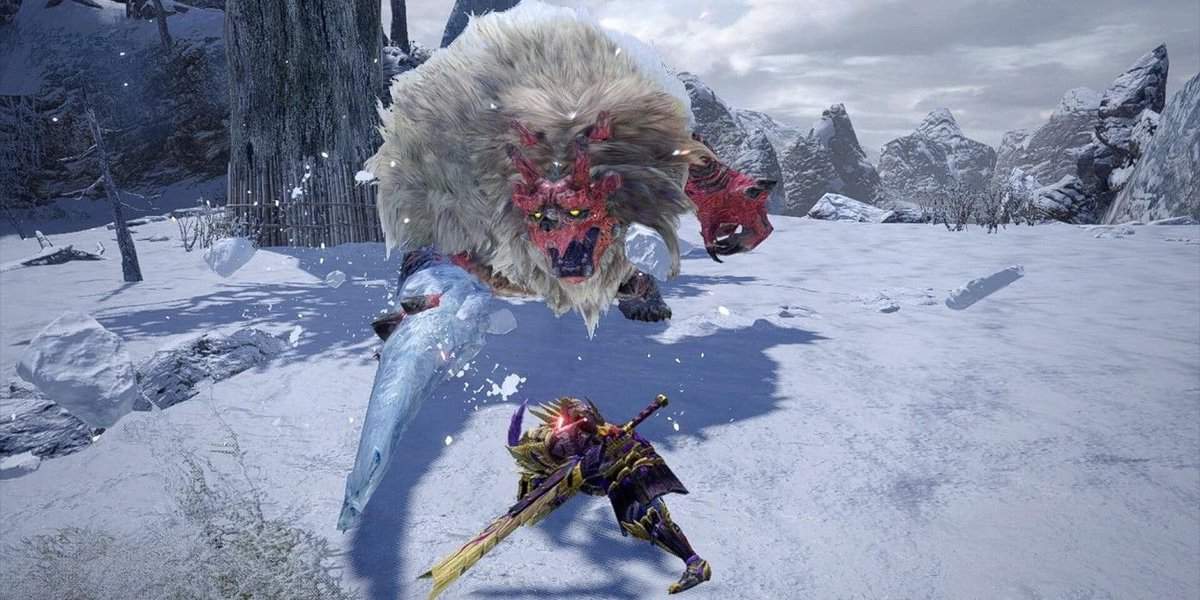 This guide gives information on how to defeat Goss Harag in Monster Hunter Rise by providing the monster’s move set and how you can defeat it in the newly released MH Rise on Nintendo Switch and PC.

Where Can I Find Goss Harag in MH Rise?

The Goss Harag Boss is a big beastly figure with fur all over its body. It resembles a bear but five times its size. This boss is really difficult to defeat therefore, you must need a proper strategy that focuses on causing damage rather than receiving it.

You can find the Goss Harag in MHR at the Frost Islands. Other than that, you will also encounter the Goss Harag during multiple Low & High-Level quests of MH Rise.

During these Low-Level Quests of MHR, you will have to face Goss Harag in battle:

Listed below is all type of damage you can cause to Goss Harag’s different body parts in MH Rise. This information will help you figure out which element is it the weakest against and which weapons cause it the most damage.

As you can see from the information above, the Goss Harag is the weakest against both Sharp and Blunt weapons, and Fire elemental attacks deal massive damage as well.

You have to study Goss Harag’s attack patterns in MH Rise before taking it on in combat. We have listed all of its moves below to make things easier for you.

The Goss Harag Boss fight in MH Rise is divided into two phases.

During the initial phase of the fight, Goss Harag has plenty of attacks. It can slice you with its gigantic nails, rush towards you and hit you with the top of its head, use a ground move where it smashes its hands on the ground creating an earthquake around you, or he can straight up beat you to death with a ruthless assault.

The best strategy for the initial phase is to not get closer to the boss while attacking. Simply attack from behind while maintaining a safe distance after each strike since it can slice you in half if you get caught in between its slice attacks.

Phase 2 begins about halfway through the fight. During this phase, Goss Harag goes into beast mode and it turns red. This is where it gets dangerous since it gets new abilities added to its arsenal.

Now the boss can use freeze breath that lowers a good amount of your health. Also, it forms an Ice sword on its arms and uses them to slice you just like during the first phase, but this time, it’s deadlier!

Again, use the same strategies as before, keep attacking from behind while making sure not to get too close to comfort when doing so. Once you’ve lowered a big part of the boss’s health, it goes back to its original form and runs away.

Follow it to a new area where the fight continues and after a few blows, Goss Harag is defeated. You can acquire the Goss Harag fur and Brace as you complete the quest.

Here is the list of Item Dropped by Goss Harag along with their percentages and means of acquisition.

Upon capturing a Goss Harag, you can acquire its armor set in either the male or female versions. It will have the following skills:

Here is a list of all the weapons that can be crafted using material dropped by Gross Harag in MH Rise. These weapons can prove to be very useful in your hunts.