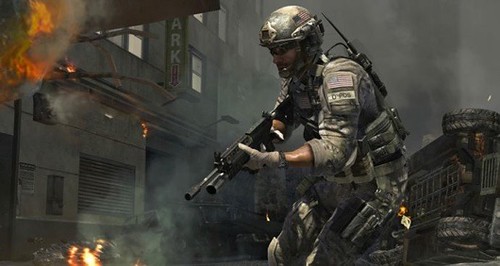 Anyone would agree that horde-styled modes in modern first person shooter games aren’t something unheard of. Despite being aware of this, Infinity Ward has added a Survival Mode in its upcoming Call of Duty: Modern Warfare 3.

Of course this gets its influence from the much-loved Zombie Mode in the previous Call of Duty games, but it’s an interesting thing that it is being integrated for the first time into the Modern Warfare series.

As stated before, horde mode is no alien to us. But how it plays out in Modern Warfare 3 is something everyone will be interested in knowing. Each and every map included in MW3 supports Survival Mode, and it will accessed via the Spec Ops menu.

The mode is quite similar to the Zombie Mode from Treyarch’s Call of Duty games; you start off in a specific map with nothing but a handgun and a sharpened knife. Frustrated and enraged enemies come at you; you kill them, earn some cash, and go about buying ammo and weapons to take out more waves of enemies.

Though you’ll be doing that bit even in Survival Mode, this time around enemies won’t be mindless, slow zombies who take ages to invade; they’ll wary from speeding dogs to kamikaze soldiers. As you progress, eliminating wave after wave, you’ll get the chance to call in air support if you have the cash to buy it.

You can also call help from the sky to support you. A squad drops down from a helicopter and joins the fight. You can also call riot guards, auto-turrets, and air strikes. In short you have plenty of options and helping hands.

Waves aren’t limited by a number, so they’ll keep on coming one after the other, each giving you specific challenges which you can complete and earn rewards from.

Enemies come in various forms; some pretty easy to handle and others that are too volatile for safety – literally. You’ll encounter standard types of enemies early-on, but once you advance you’ll have dogs chasing after you and occasional boss fights such as against juggernauts and helicopters.

You’ll also encounter suicide bombers, and even suicide dogs, both having C4s strapped around their waists. What makes this mode differ from the Zombie Mode is how smarter, faster, meaner and sophisticated your enemies are.

The action is intense and engaging, and aiming to complete challenges can be a real test of skill and mettle for those who are willing. Though Zombie Mode could get boring easily, Survival Mode has enough pace, enough intensity and enough smart enemies to keep you battling on for a good while before you get tired.