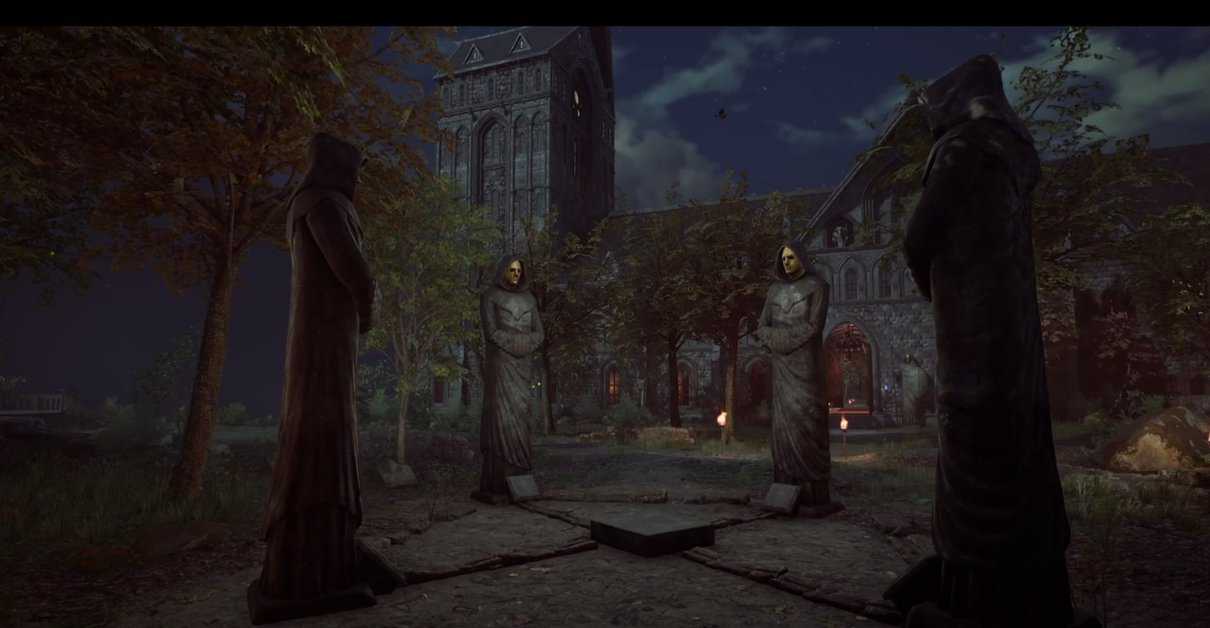 The endless mysteries of the Abbey in Marvel’s Midnight Suns have the player scratching their heads in confusion. Old Midnight Suns Mystery involves locating the four statues erected to honor the former heroes or old Midnight Suns that banded together to stop Lilith, the mother of demons.

A Legendary Arcane Chest will be rewarded to the players as soon as the Old Midnight Suns Mystery is completed. The chest can be found in the Four Statues area and can be opened with the help of an Arcane Key.

Where to find the old statues

The Old Midnight Suns mystery is started once players discover one of the statues in The Abbey and interact with it to pay respects. This causes the eyes of the statue to glow and now players must find 3 other statues with glowing eyes around The Abbey grounds.

As mentioned before, these old statues belong to the previous members of Midnight Suns.

You’ll come across this statue while roaming the Abbey Grounds. Leave the Abbey through the training grounds and move towards the bridge crossing the Grotto. Here, opposite the Grotto, you’ll notice her statue, which you can interact with and pay your respects to.

Players cannot find Endra Moor’s statue until they have completed the Trial of Atum and received the Word of Power. This ability will help you cross the broken bridge in the cave near an altar. After crossing the bridge, swing to the right side, where you’ll notice the second statue.

This statue is in the Everflowing Glade, where you’ll see a wooden bridge. After crossing this bridge, continue moving towards the south. You will spot a narrow path on the left that you can follow to find an alcove with a statue.

To pay your respects to the last statue, you must unlock all four Words of Power. After that, fast-travel to the Garden of Envy and face the greenhouse of Lilith at the hilltop. Follow the path to the right that leads below the bridge until you notice the words “the Devil’s Den” appear.

Here, you’ll come across the last statue to which you are supposed to pay your respects. You will also find a Legendary chest with rare cosmetics and shaders. But to open it, you will need 1 Arcane Key.

How to activate the old statues

Each of the four statues has eyes made of stone that light up once the statue is activated. After activating all four statues, Jeremiah Kane all four eyes will be lit up.