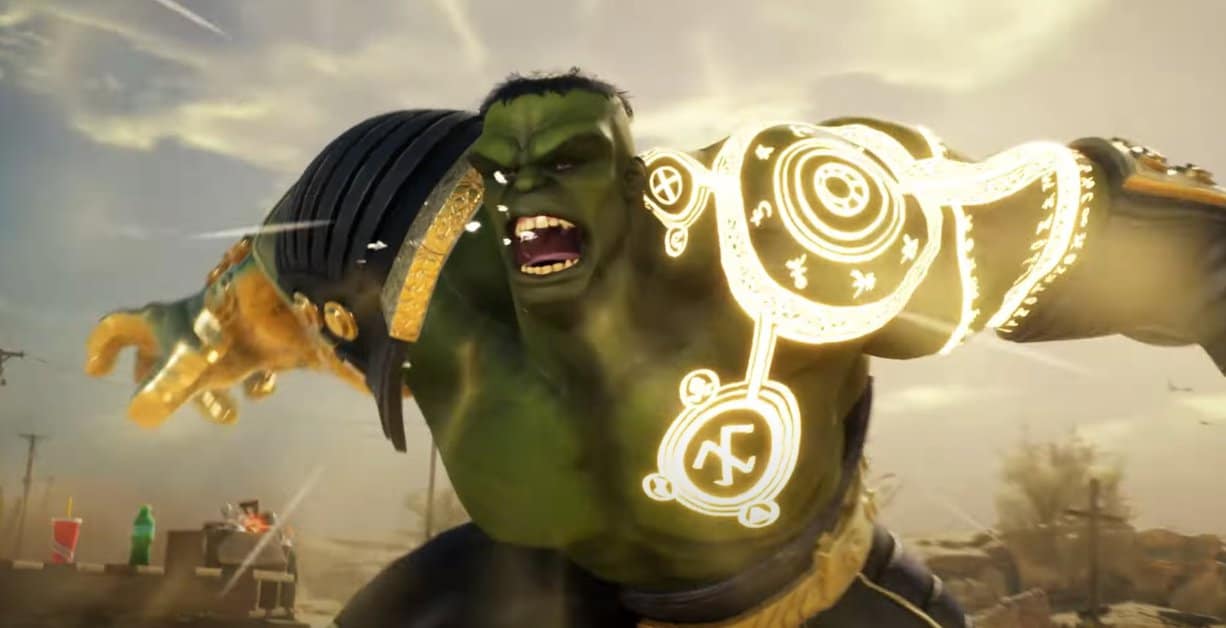 The power and devastating capability of Hulk are enormous in the game. You can play the role of tank and DPS with Hulk. This comprehensive guide provides information on all the best cards and heroes you can combine with Hulk to make a powerful build to bring havoc to Marvel’s Midnight Suns.

Best cards to use for Hulk in Midnight Suns

Hulk’s gameplay revolves around his Rage feature. To gain rage as Hulk in Midnight Suns, you must use skill cards that boost Smash ability and helps in building rage by taking a few hits from enemies. Hulk will even get one rage point for taking damage and using the Smash ability.

To take down enemies having large health bars, you need to gather Rage points. The best way to gain rage and inflict damage is to use the Smash Card.

This card provides Hulk with the ability to attach by stunning the enemies. With every use of this card, you will get one rage point, and your rage will build up as Hulk does not consume it while using this card.

The amount of Rage Hulk had will determine the power of its attacks. This card is an excellent tool to gather up the rage points.

You must use this card when multiple enemies surround you. With this card, you can taunt a single target, but you will gain rage points depending on the attacking enemies.

If you have three enemies attacking you, then you will gather a total of 3 rage points. With the accumulated rage, Hulk can wipe out multiple cards using other combinations of cards.

Hulk deals substantial damage and recovers 140 health upon using this card. The cost of the card is a little high, 4 Heroism. But if you have gathered a good amount of rage, then this attack will be enough to eliminate multiple enemies.

This goes perfectly with the accumulated rage from the Challenging Roar card. Hulk also taunts the enemies with this card, and if the enemies are not taunted, the damage from the Slam will be enough to leave them dead.

The World Breaker card allows Hulk to perform his legendary ability. This card costs 6 Heroism, but the damage is worth every cost.

No matter where you are standing or where the enemies are, this ability is bound to bring havoc and death to the enemies.

Always use this ability while surrounded by enemies to take out many enemies in a single blow. This card makes the enemies taste pain by knocking them away and quickly bringing about their end.

The best deck for Hulk must include a Rampage card. Costing only 1 Heroism, this helps in taunting enemies by unleashing a chain toward them.

The card provides a perfect opening to land a whole combo of attacks, ensuring the swift death of his enemies.

The damage outburst from this Heroic Card is massive, pushing Hulk to the next level. No one can stop Hulk once he taunts and pushes against the foes.

This one card is more of a defensive nature. By using it, Hulk can restore his health after gathering some rage. The restoration of health will depend on your accumulated rage, so if you have one rage, you will restore 266 health.

It is a great card to use during an emergency and for overhealing. With the card, your Rage capability will increase by one, and you can store up to 6 rage points. It means you will hit even harder with your offensive abilities. You are leaving no way out for them.

The right combination of heroes can make our prior mentioned Hulk build unstoppable in Marvel’s Midnight Suns. Most of the Hulk’s abilities are based on rage level, so using heroes that can help him gather a lot of rages is the best option for you.

Doctor Strange makes a perfect pair with Hulk, as his cards allow Hulk to deal much more damage. Doctor Strange’s pull-back attack card allows Hulk to build rage by using a Smash card, making his abilities more deadly. The other hero that boosts Hulk’s potential is Nico, and she can provide Hulk with more devastating counterattacks.

The enemy’s attack will build Hulk Rage, and his counterattacks will wipe them out with rage and counter-ability power. The Blood Magic, and Fast ability of Nico, allow Hulk to use his offensive abilities at a lower cost and provide him with healing.

The Wrath ability of Hunter makes them a great partner for Hulk. This ability is free to use and can bring back the Smash ability of Hulk. Hulk can perform Smash attacks without wasting the cards and gain rage, making World Breaker and Seismic Slam more deadly.

Pairing with Spider-Man is also a great option. Spider-man can take down enemies by performing environmental attacks and allowing Hulk to use his abilities to wipe off the fight.