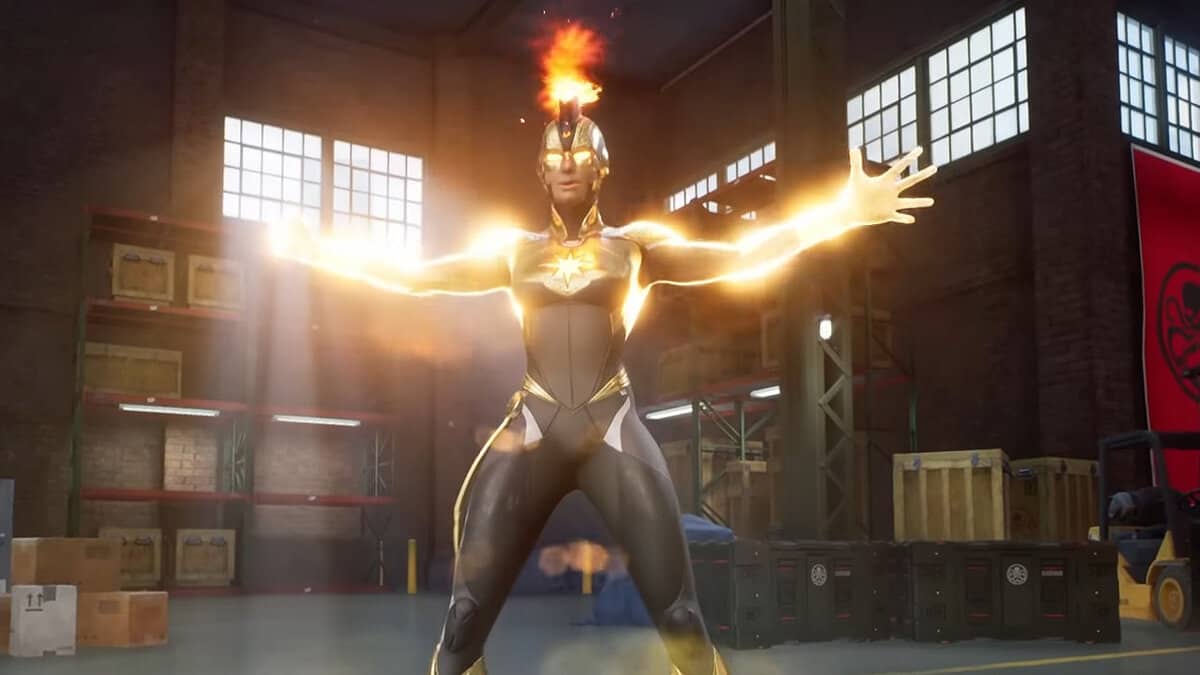 Captain Marvel is one of the most powerful characters in both the Marvel universe and Marvel’s Midnight Suns. She brings loads of powerful abilities to the table which are mostly designed around attacks.

By pairing her with the best build and allies in terms of capability you can boost her powers even more. For that purpose, we have prepared a guide to assist you with the Best Midnight Suns Captain Marvel Build.

Best cards to use for Captain Marvel in Midnight Suns

Being a dominant female powerhouse, Captain Marvel brings a lot to the table in terms of attack capabilities. She has a dedicated meter that drives her playstyle in a certain direction. This is known as the Binary meter which you need to fill in order to get the best outcome from Captain Marvel herself in Midnight Suns. You can use the following cards with her:

This card enables Captain Marvel to damage and Taunt each enemy in a line at the cost of three heroism. This will limit its use but on the other hand, when it is utilized it will result in massive damage and taunt enemies as well.

Before using this card remember to gain a lot of Block, which can be done by taking enemy attacks. This will help in supporting Captain Marvel throughout your battles.

This card makes the best deck for Captain Marvel. The card gives her the potential to taunt enemies within a specific area.

The taunted enemies will focus their attacks on Carol, opening the offense option for Captain Marvel. Additionally, the card provides her with one Counter.

If Captain Marvel is equipped with Binnary, she will get two additional resists, making her tank more enemy hits and providing cover to her allies.

The same card also generates two Heroism for Captain Marvel, making this one of the best in Marvel’s Midnight Suns.

The Regroup Card is a perfect fit for our deck. It allows Captain Marvel to heal herself. It will enable her to go more aggressive without worrying much about her health, as she also gains block.

During the battle, playing off Captain Marvel’s desire for taunts will enable one of her attacks to deal extra damage to enemies that are targeting her. This card will enable a pretty straightforward attack from Captain Marvel to her enemies dealing instant damage.

When you invest in upgrading her Cosmic Ray card, you’ll gain a counter after knocking out enemies with your cosmic ray alongside stun capabilities.

Using this card for Captain Marvel will enable her to basically taunt her opponents while providing you with a counter. This will help you in dealing with any opponent who seeks to attack you and will utilize your attack damage as a result of countering them.

Best of all your counter damage will increase if you make use of your Binary state as well rewarding you with additional heroism +2 and resist as well in +2.

This card focuses on a deadly powerful attack by Captain Marvel in Midnight Suns. It acts as a Quick Modifier by providing you with a refund of your card game.

This means you can utilize it with Captain Marvel to take out weak enemies and still use this card again to deal with stronger enemies. It gives you +1 Heroism and after upgrading this card you get the added benefit of using another card to deal with your enemy as well.

Using this card can prove extremely useful as it grants you the ability to conjure up to three more cards.

Upon upgrading this card, you can increase the ability to draw up to four cards. This card serves its purpose and doesn’t let you run out of Captain Marvel’s cards so it’s best to keep it in battles in Midnight Suns.

When it comes to teaming the Powerful avenger with allies you need to keep in mind that you should opt for the best-suited allies with Captain Marvel. As you want to support her by making the most of her binary meter for Captain Marvel to let her into her binary mode.

For that purpose, you can team her with the mystic sorcerer Doctor Strange. His latent abilities can buff up Captain Marvel’s attacks as well resulting in maximum damage.

Moreover, Captain America is also a good choice in terms of a support role for Captain Marvel as he can be utilized to increase her damage capabilities by helping her in triggering her passive.

This way is far more efficient in terms of dealing damage and increasing the attacking prowess of Captain Marvel in Midnight Suns.