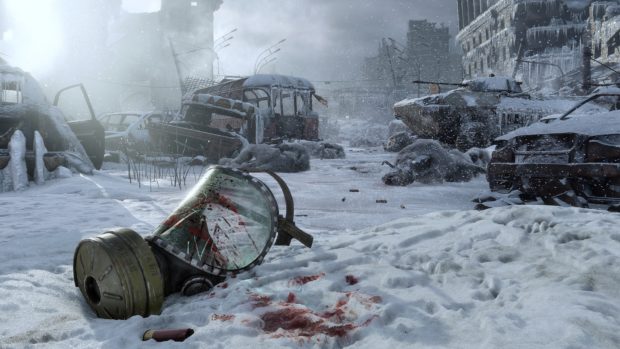 Announced at E3 23017, Metro Exodus is one of the most anticipated games from 4A Games. So naturally, fans wish to know more about the title. Thankfully, we have an interesting piece of detail for you, right here. Going by the latest information we have, completing this game may take an enormous amount of time.

According to Metro Exodus producer Jon Bloch, the script of this new installment in the Metro series is bigger than any other Metro game and their DLCs combined. Yes, you read it right! Metro Exodus script is gigantic so naturally, it will extend the duration of the game as there are many dialogue options, various situations etc.; meaning completing Metro Exodus 100% is going to take a long time.

Due to the nature of the script, your choices will determine your friends and enemies. Even your friends can turn into enemies if you say the wrong things. If dialogues break down, your allies will try to kill you or refuse their support in your efforts.

From there, you will have to figure out how to approach the enemy. You can go in guns blazing or be subtle. Approaching different situations become more complicated. Also, the time of day matters when trying to deal with the enemy. For example, night time can help the stealthier player.

Approaching a bandit camp at night might prove advantageous to a more stealthy player, but there may be more bandits around to have to deal with.

Once you get deeper into the game you’ll gain access to the gorgeous vast open world. Here, you will experience different weather conditions as well that you can use to your advantage. A storm can help you hide from the enemy and successfully sneak into the area.

Choosing when and how to approach different situations will have measurable effects on the player’s experience while completing tasks.

Metro Exodus is releasing on Xbox One, Xbox One X, PS4, PS4 Pro, PC. A final release date is yet to be confirmed but we do that the title is coming out later this year. Hopefully, we will get to hear about a release date at or close to E3 2018.