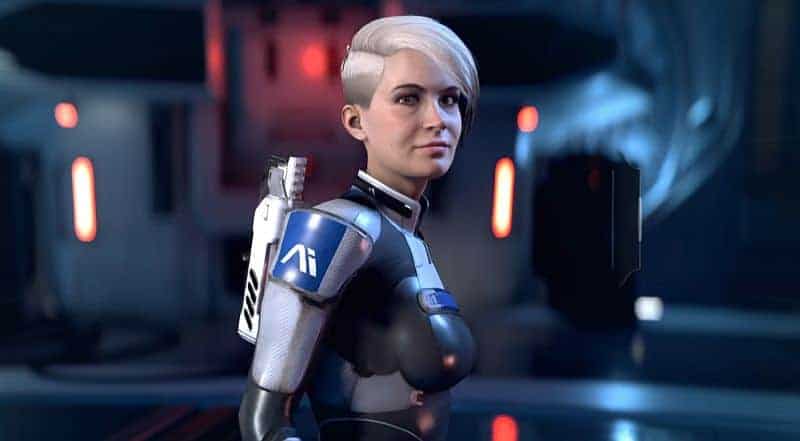 Cora Harper, the second in command to the Pathfinder and the biotic squadmate, can also be romanced by players in Mass Effect Andromeda. However, only male Ryder can romance Cora and it is not exactly as easy as some of the other characters in the game.

For more help on Mass Effect Andromeda, read our How to Romance Guide, Major Choices Walkthrough and Augmentations Guide.

Initially in the game, Cora will be a bit stiff because of her no-nonsense attitude towards the mission as well as a little bit of jealous towards the players. She was supposed to get the role of Pathfinder but Alec Ryder passes on the mantle to the player so she feels a bit ‘hostile’.

However, as time progresses she starts to open up. In order to successfully romance her, players should regularly talk to her, ask about her military background as well as select Emotional choices during conversations. Whenever the chance appears, players should compliment and sympathize with her, selecting “We’ll be good together” dialogue choice when it appears while talking to Cora Harper inside the Bio Lab on Tempest.

Being a biotic who was welcomed by the Asari, Cora cares deeply for the humanoid species so players should keep that in mind when making choices regarding them and she is deeply invested in finding the missing Asari ark so that is a good place to start.

After players have established a base on Eos, they can talk to her again aboard the Tempest and select “You’re a romantic” dialogue option when talking to her regarding the settlement. After completing Trail of Hope, players can once again talk to her, praise her and select “You and I can handle anything” during the conversation to show their appreciation for her.

Make sure to finish all of Cora’s quests to further your romantic arc with her. After you complete the Asari Ark side-quest, have a chat with Cora and she’ll pour her heart out to you, to which you have to reply “You’re still special to me.”

This will prompt her to question her importance to you, to which you’ll reply “I still care. I need you.”

To this, she’ll reply “I feel a hell of a lot better with you here”. In this moment you can embrace her by pressing R2.

After some time, speak to Cora once again and she’ll tell you about a mystery project. Make your way to Prodromos and when you arrive with her at the outpost, you’ll have another talk where Cora will realize that she needs someone. Here, you can say ‘I like the sound of that’.

You’ll then toss a bunch of stuff in the air and in this moment, you’ll be able to finally kiss Cora.

In order to reach the end of the romance with her and end up in an exclusive partnership, players need to visit her at the Bio Lab on Tempest before Journey To Meridian.