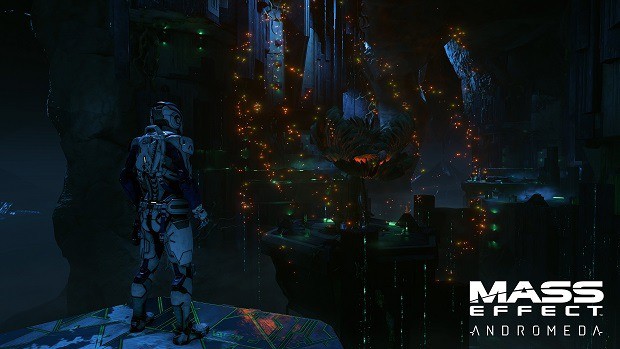 The Architects in Mass Effect Andromeda can essentially be considered equivalent to the high-dragon encounters seen in Dragon Age: Inquisition. It goes without saying that there are multiple strategies that can be used to defeat an Architect.

In this Andromeda Architects Guide, I’ve tried to provide you with the best possible tips to take down these Architects. You are, however, free to experiment on your own and find a strategy that works well for you.

Best Squadmates to Choose
When it comes to defeating Architects, you need to avoid Biotics and have powers that provide you with increased damage. Keeping this in mind, I recommend someone like Vetra, Peebee, etc. who can amplify damage and shred armor quickly.

Best Skill Profiles
When it comes to skill profile, I suggest using the Infiltrator which should increase your battlefield awareness. However, in order to use it effectively, you must find and equip a scope mod. The cloaking augmentation can provide you with decent survivability and lets you find cover when the things get a little too ugly.

Basic Attacks and Abilities
The Energy Blast is launched after a weapon charge. As soon as you see an orange glow on the ground, leave the area to avoid getting one-shot by the Architect. Rapid-Fire Tentacle, on the other hand, is like HMG which deals an incredible amount of damage. I suggest using the Tactical Cloak to find cover for the duration of the fire.

Cluster Grenades can dish out an incredible amount of damage and should be avoided at all costs. It’s important to understand that the grenades can also detonate on impact so make sure you don’t hit by them directly. And finally, the Electrical Cage is always deployed between the legs while mounted on the ground that prevents the aggressors from dealing damage from beneath it.

Battle Tips and Strategies
With each Architect encounter, you need to defeat three leg conduits. You must destroy a leg conduit in 30 seconds or at least bring it to about 50%. Fail to do so and you’ll have to face off against a Remnant wave in addition to the Architect. Destroying a leg conduit forces the Architect to move to a new location and initiates the head conduit.

During the head conduit, your main job is to target the red eye in order to deal the most amount of damage. There is no need to rush in trying to deal damage. Try to stay behind cover but don’t try to blind fire. Lastly, don’t try to fire at the armor because it won’t do you any good.

This Architect reveals itself during ‘Making an Appearance’ after you’ve completed ‘A Trail of Hope’. The Remnant wave is composed of Breacher and Nullifier.

When it comes to defeating this Architect, try to fight from the Forward Station for constant replenishment of HP and ammunition. The position should easily allow you to deal damage to each of its legs. In addition to HP and ammunition, you should also be able to have a constant stream of power cells for endless Omni Grenades.

What you basically need to do is to take each leg to about 60% HP before wounding one. Once the Architect cycles back to the leg conduit, take another leg to 50% HP and continue to repeat the process. As mentioned earlier, an Architect only relocates to a new position whenever a leg conduit is completely destroyed.

Therefore, by sticking to this strategy, you should easily be able to hide behind the forward station for the majority of the battle.

In order to trigger this Architect, you need to start ‘Missing Science Crew’ mission by setting up an outpost on Voeld and speaking to Priya Blake. The Remnant wave is composed of Breacher and Observer.

This Architect is easily the toughest one because of Level 2 Cold Hazard. Throughout the battle, you’ll not have to deal with the Architect (which is tough in its own right) but also keep your life-support in check by staying warm. The idea to come out on top is to find a place from where you can dish out long-ranged damage, have decent cover, and have access to a heat lamp.

Since the battle takes place on a massive area, you need to rely on Nomad to relocate from one building to the other. However, you need to avoid the Rapid-Fire Tentacle and Cluster Grenades while you’re on the move.

The first thing that you need to do is to speak to Christmas Tate in the Kadara outpost and receive ‘Old Skinner’. After receiving the mission, follow the navpoints to find the Architect. The Remnant wave comprises of Breacher and Nullifier.

One of the first things that you need to know about defeating this Architect is to use the Tactical Cloak so that you’re able to remove any lock-on attacks that the Architect can use against you. Another reason for this is due to the fact that there is little to no cover in this area. On top of it, the Architect has a high ground which makes it difficult to avoid its attacks.

Lastly, you must also deal with Nullifier who can penetrate cover. Due to this, it’s another tough Architect to defeat.

You can find this Architect during the ‘Search for the Stolen Remnant Drive Core’ mission. The Remnant wave comprises of Breacher and Assembler. Once defeated, you should be able to establish the outpost.

During this Architect encounter, I suggest using the debris scattered all around the arena as cover. The only problem you’ll have is because of Assemblers who can be a real pain. Other than this, it’s one of the easiest Architects in the game.

This is all we’ve on our Mass Effect Andromeda Architects Guide. If there’s anything else you’d like to add, let us know in the comments section below!