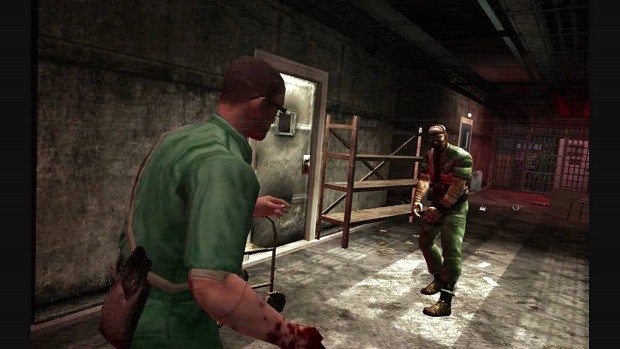 Manhunt no doubt has been one of the most controversial games this year. It has a unique controversy associated with it. Unlike all other games, this game was supposed to be banned due to violence and ruthless killing.

Ever since the sequel of this unique stealth based game was announced, it had to face many ups and downs. Finally, against all odds, Rockstar has managed to release it on all major gaming platforms including PC.

Some of the critics have not given good ratings to the game just because it did not have any relations with the previous storyline and the new story does not parallel the original story. To me having a new story in the game does not make any big difference. Primary fun factor in Manhunt was “ruthless killing in shadows” which has been conserved in this sequel.

The game begins with a training tutorial that is also unique. First, I thought that GPU has been fucked up, as there was nothing but a dotted flashing screen that actually was training about the ways you can kill a person. This training can be more interesting for those who have not played its first part. More you move your mouse more violent will be the kill.

New ways of killing have been introduced in the game that might appear appealing but to be honest, they are not as good as one might think. For example, use of fire-weapons makes it easy killing especially the non-mobile enemies.

It renders enemies weaker making them less challenging which in turn reduces fun factor. There are some interesting features too like you can create your own shadows by breaking lights and you can mask the sound of the kill you made in the sound of machines present around you. Other enemies around you will not be alarmed by this.

The story of the game is a bit confusing itself, but one can understand it if he/she plays it with gaps less than one day. You may forget the whole background scenario of the story. Therefore, I will suggest completing the game in the least sittings.

If you have been afraid of playing this title then this is your chance to play it at this time they have not made kills look as ruthless as in the first title. There are several other minute changes made in the game that you should decide on your own whether they are good or not. Overall, this game is more than worthy of just playing it.

If you have been waiting to strangle your enemy and cut it into pieces then do not miss this one. I enjoyed it a lot, so what is the verdict? Rent it!