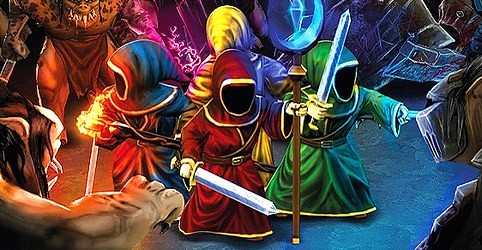 Struggling with bugs and issues with the game that prevent you from a smooth experience? This Magicka Errors and Fixes guide will fix all your troubles.

Magicka is an action-adventure game set in the fantasy world of Midgard, where elemental magic rules the land, goblins and trolls are perfectly harmless – well, perhaps not entirely, and all the villagers are wise-cracking smartalecks.

Magicka immediately caught attention of the masses with its interesting and engaging gameplay but not all the hype surrounding the game is for the right reasons. The only game to get one patch every 24 hours to date? Yeah! If you are among those experiencing problems running the game, refer to our troubleshooting guide and don’t forget to update the game.

Note. Update the game to the latest patch.

1# Authentication Failed Fix
The “Authentication failed” message is related to a Steam error message and indicates one of the following.

Since the two first are pretty unlike/unusual you can assume that it’s because the connection timed out. Steam Servers Loaded ?

2# Magicka Save Games Deleted (Bug) – Fix
If you have your game progress wiped out after the latest patch of the game, grab the save game files online for Chapter 1 to Chapter 12.

Note. Your existing save games will be wiped if you do this.

3# Game Crashes When Playing a Challenge

4# Can’t Launch the Game – Magicka Crashes
If you have been unsuccessful in launching the game till now. Know that it may be due to several reasons. Try to minimize the possibilities, update graphic card drivers, start the game as admin, install Direct X update, XNA redistributable, and update .net framework. If you hear any sound when you execute the executable – Set your speakers to Digital Sound Interface.

5# Black/White Flickering Screen
After you start Magicka, you get this screen flickering in black and white. You can hear music and but can’t do anything else. Update your graphic card drivers and the game will start fine.

6# Mouse Wheel Not Working ?
Update the game to the latest patch and it will start working. If its Logitech mouse then try the following workaround.

7# Magicka Multiplayer Crash
Magicka crashes without any warning when you try to play the game online with your friends ? I don’t have anything on that especially when I myself faced this issue and after countless attempts to get it to work, I couldn’t. May be few more patches and we will be all playing together.

8# Magicka Stuttering – Low Frame Rates/Performance
Game works fine but in certain areas like forest, their is a sudden dip in performance and poor frame rates. Be Patient wait for the developers to fix this issue.

11# Can’t Launch Magicka – Crash to Desktop
Update your .Net Framework to latest. If that doesn’t resolve this issue then try the workarounds listed here. Make sure you are experience this problem before going for that workaround – You launch the game, you get the white screen, no cursor and then it crashes back to desktop without giving any error.

14# Magicka Multiplayer Port Forwarding
TCP and UDP – 7331 and all the steam ports which can be found here.

16# Chapter 12 Falling off the Cliff Bug Fix
If you are experiencing this bug, follow this strange workaround and you may get lucky.

cushenstein. My character kept moving off the cliff at the boss battle, so I tried something odd that actually worked. I went invisible, then approached from the left side. The character moved up like he might jump off, but then turned to the right and everything went fine.

17# Tips to Successfully Connect to Multiplayer
Problem : The game graphics seem to go to VGA mode when you attempt to join an online game. Or the screen just goes dark

Fix: Try to run the game in windowed mode for the first couple of times. This has helped some of my friends actually connect to multi player games. Once the game has started, you can ALT+ENTER to go back to full screen.

Problem: Magicka has crashed once and you are now trying to host another game, but no one can join (even thought they could before).

Try at your own Risk! – This issue has been addressed in 4th patch of the game. So update is recommended.

19# Camera Lock Bug
If game camera locks up while playing the game and you can’t move and are stuck. You are unlucky! Though it has something to do with Goblin archer. Whenever you face them, they seem to get stuck while trying to shoot at you. Sweep a beam in their direction and you will start moving again.

Good Luck! You will seriously need it during your persistent efforts running this game. One positive thing I admire the developer for is their dedication to fix this game. They are hard at work releasing patches and fixes consistently and taking every word of community feedback seriously. Something you don’t find with the developers these days.