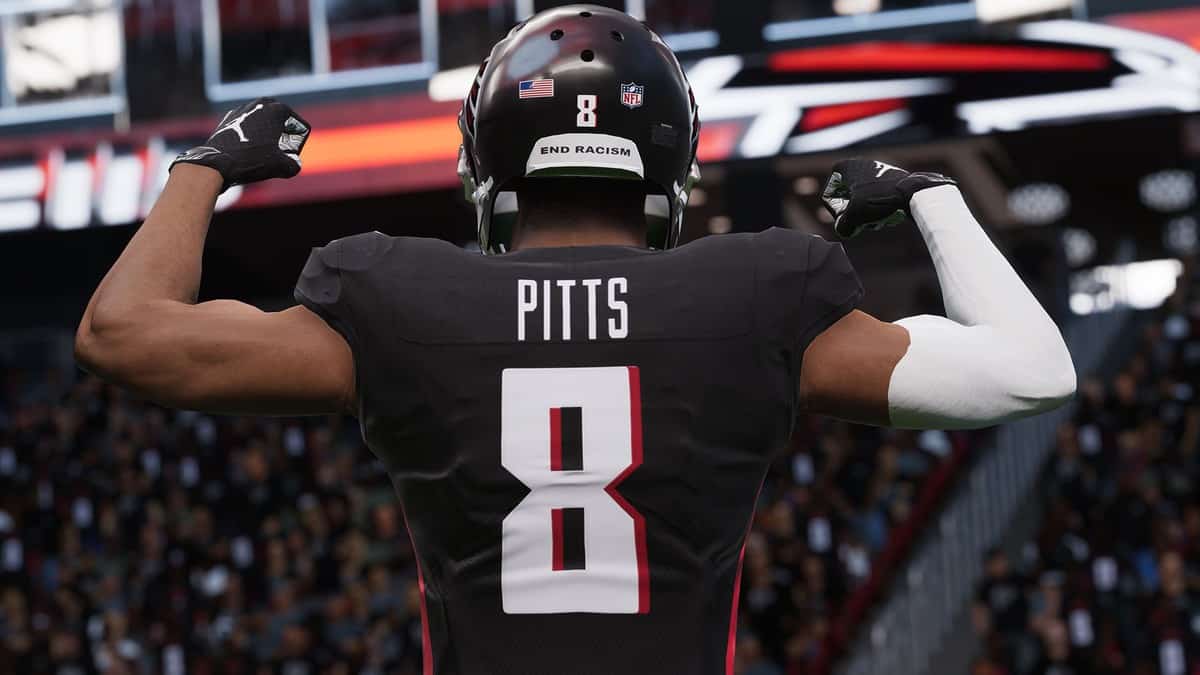 Madden NFL 22 is back with new Playbook Databases, and it is time for you to determine your dream team. We’ve combined the top Madden NFL 22 offensive playbooks for you to look through to make things easier. Let’s start.

To define your playstyle, you must look through the offensive and defensive playbooks and choose what suits you the best.

Just like every year, the long-running Madden NFL series has released their new PlayBook Databases for Madden NFL 22 as well. If you’re willing to strategize your play and joining a team that caters to your best abilities, this guide is beneficial for you.

Offensive Playbooks helps you with studying a team’s formations, routes,  offense strategies, and their best players. Below are our top picks for best offense playbooks in Madden NFL 22.

The Patriots are easily one of the most outstanding teams this year. Patriots have the best ‘Y Off Trips Pats’ formations.

To take them down, the opponents have to make a baseline and make them post-snap reads. And if they’re not able to do so, the Patriots will straight up wipe them out and achieve a score.

Patriots have great post patterns, especially the ‘TE whip’ and ‘TE Dip Out.’ This gives them excellent man coverage, which is an immense help in the field.

Their formations are basically unstoppable and very powerful. So you can’t challenge them until and unless they fumble or make mistakes themselves.

Under ‘Trips TE,’ they have the ‘QB power,’ which with a quarterback like Lamar is powerful. Whereas the ‘PA Counter Go’ is also an excellent play on all crosses.

The ‘Bunch Offset’ provides unique and powerful routes. The ‘Bench Pivot’ and ‘Mesh Post’ are powerful routes that beat many coverages and benefit the team.

It also includes ‘Double Post’ that was very powerful last year and can come in handy this year as well. Their formations are powerful, without a doubt.

Raven’s ‘RB Runs’ single-handedly makes them the best team this year as well. If you’re a great runner or a quarterback player, this is the team you need to be in.

Their Playbook consists of Pistol sets and Shotgun formations that are very powerful for a runner. Some of their powerful formations include the ‘Pistol Bunch,’ ‘Pistol Full House Base,’ ‘Shotgun, ‘and ‘Shotgun Bunch Open Offset.’

Again, if you’re a runner, this is an excellent formation for you. Under ‘I form,’ they have the ‘Power O’ now, which is pretty much very necessary for runners. They also have ‘HB Lead Dive’ and ‘HB Iso,’ which give excellent run plays.

Bills straight-up makes it to the top five without a doubt because of their ‘Gun Spread.’ The formation under here guarantees you with the best covers that give you a good play. You can quickly build a scheme around the routes that are provided here.

This is probably the most diverse book that exists in Madden NFL 22. It has a little bit of everything that you need. Although it got a little toned down this year, it’s one of the best options to choose. You can run it any way you want, and it’ll give you the best results.