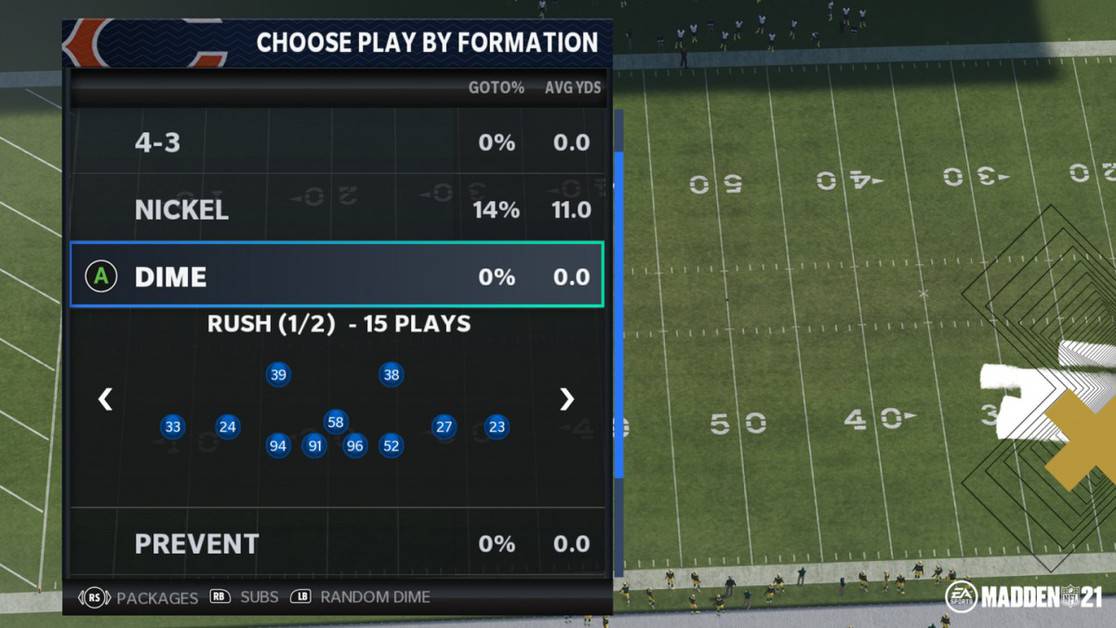 There are a lot of Playbooks for both Offensive Team and Defensive Team categories in Madden 21. This guide will uncover the Best Defense Playbooks that you need to use in Madden NFL 21.

Madden 21 has been unleashed with stronger, sharper strategies and AI Playbooks this year.

You might be wondering whether to go with the same Madden 20 strategies or dig in deep into the changes made and act accordingly.

Since there are a lot of Defensive Team Playbooks in Madden 21, this guide of ours will enlist and describe a few of the Best Defense Playbooks we would recommend trying out in Madden NFL 21.

Here are all the details about the best defense playbooks and what specialties do they have:

If you are the 4-3 type of a player, this is the playbook you must try mastering. It gives you 5 types of 4-3 formations which are Normal, Over, Over Plus, Under and Wide 9.

Now even among all of the five formations of 4-3, we believe that 4-3 Over is yet the best one.

It gives a lot of glitches since you can run like fire zone two that has been quite a renowned style for years.

Among the above-listed formations, 5-2, Dime and Dollar are pretty good and have been used widely over the last few years so you are good to go with them too.

The specialty of Baltimore is that it is a really good 3-4 Playbook consisting of Bear, Over and Under 3-4 formations.

Though the only lacking in the 3-4 formation of Baltimore is that it doesn’t have a 3-4 Odd, its 3-4 Bear does fulfill the gap and gives exclusive cover 2 invert play that has been quite useful over the years.

Besides, Baltimore Ravens has the 4-4, Dime, Goal Line Defense, Nickel, Prevent and Quarter as some more Defense Playbook’s formations.

Generally, all of these formations are pretty good but the good thing about Nickel is that it gives a Nickel 3-3-5.

This is quite unusual to be found in Baltimore Ravens since it is mostly in New England and Detroit Playbooks and has a huge fan following.

The New York Giants is pretty good this year because there are multiple defense strategies in there.

The specialty here is the 3-4 Defense formation with its Bear, Cub and Odd formations. Take the advice and go for the 3-4 Odds since everybody like the Tampa 2 and Tampa 4 Blitz out of this

There is also the 4-3 formation here and if you are not sure which formation to choose in 4-3, go for the 4-3 Even since it is new this year and it pretty good against the run.

Besides, there is Nickel, Big Nickel, Goal Line Defense, Prevent and Dime which are all pretty good and especially Big Nickel over G taking over them.

New England Patriots, like New York Giants is also a multiple Defense Playbook having many 4-3 plays which are quite good.

The 4-3 Odds and 4-3 Even 6-1 is what makes the Playbook score pretty higher than the rest even though the specialty of the Patriots Playbook is the 3-4 plays.

Also, there is yet another addition in the 3-4 play of this playbook that is the 3-4 Bear which is quite strong though new.

Besides, there is Nickel 2-4-5 and Nickel 3-3-5 which both quite sharp formations. Within Nickel, the Nickel 3-3-5 Odd is also available which is the strongest Defense Formation for Nickel play.

There is also Dime 1-4-6, Dime 2-3-6 and Dime Sugar Weak formations which are all pretty attractive and worth using.

The Miami Dolphins Defense Playbook is like a better version of the New England’s one.

There is quite a lot of stuff that you do require at different times but can oddly find all of them in a single playbook.

The specialty of Miami Dolphins is of course the 3-4 Bear, Cub and Odd formations where 3-4 Odd rules the hearts.

Besides, there is 4-3 Even 6-1 formation that is pretty good. There is also the Big Nickel Over G which is quite a ruler class.