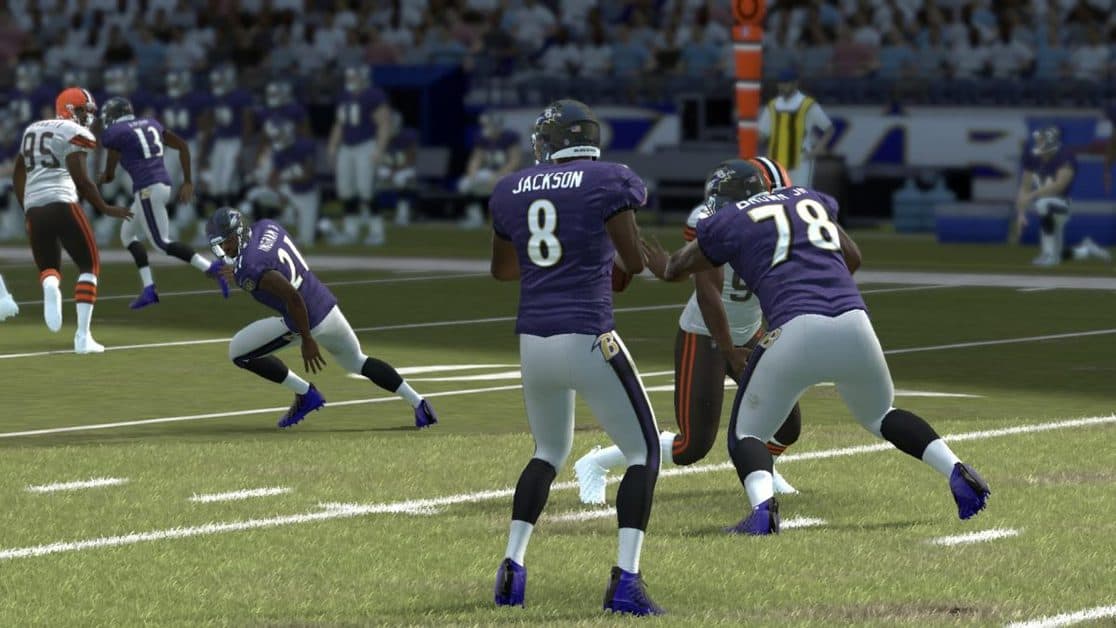 In this guide, we will provide you with some handy Madden NFL 21 Defense tips and showing you how to set your feet into the ground, and become an unbreakable defensive wall.

Executing the right chain of movements, and juking your opponent at a mental level will allow you to counter back effectively and have an unbreakable defense in Madden NFL 21.

Putting pressure on the enemy team in Madden games is relatively easy with good players by your side.

Changing your Defenders’ Assignments
Select the player after breaking the huddle by pressing B/Circle and scroll to the play which you want to change.

Hit A/Cross which will confirm that you want to change the defender’s assignment and bring up the defensive adjustments screen.

You will have different options beyond this point, you may tell your desired player to blitz, QB Spy, play various zones or simply play man to man defense.

Select the option you see best and execute your strategy.

Creating strong mirroring positions and good shading coverages can help you quickly gain the ground on your enemy with ease.

Acquire A Formidable Roster
If you feel like you’re lacking in defense, then a good way to start off would be by building a well-rounded defensive roster by adding some strong individuals:

The above four players are a good example of what we’re looking for in order to strengthen our team to the max.

Use them to come down at full speed with tackles, because they have a greater rate of success.

Mastering Pass Rush Moves
The Pass Rush Move System was completely overhauled in the new Madden NFL 21. You now have a Pass Rush Budget, and Blocker, Memory and Resistance Bars.

The Pass Rush Budget has Pass Rush moves indicated by notches, with each notch corresponding to a different unique move for that particular play.

Your Pass Rush Budget will deplete by one less notch upon performing one move.

If your Pass Rush Meter goes empty, you will be unable to make any other moves. After each play, you’ll get one of the notches back.

Resistance bars give an indication of how well the player can defend an attack from either side.

Your players will adapt to being continuously hit on either side, they will develop memory, and be more resistant to either left or right side, depending on where they’re getting attacked more often.

Stopping Mobile Quarterbacks
We’ll be using the Quarterback spy feature. Highlight the defender you want and press A/Cross. Now tilt your RStick to the left, and you’re set.

Another example would be to set Dion Jones to mirror the mobile quarterback’s movements. If they make any sort of play, Dion can stop them immediately by tackling them.

This limits the Quarterback’s yards once he passes the line of scrimmage.

When Quarterback breaks the pocket, you need to essentially make sure you have an adequate player with good enough speed to stop him.

Failing to do so will allow the Quarterback to interrupt any play you have planned.

Shade Coverages
You can have your coverage over the top, underneath, outside, or inside in Madden NFL 21.

This is used when you know a part of the field is vulnerable with respect to your positioning.

Break the offense with huddle and press Y/Triangle to bring up your defensive adjustments.

Flick your right stick to pick which direction shading you would like to use.

Guessing wrong is going to cost you a lot and you will end up giving up large gains, use it only if you are confident with what’s going on in your opponent’s head.

Performing the Right Moves
An important part of defense is having complete control over your character. You should know what each movement on your controller does, and be one with your characters.

Swatting a Pass – Click on the defender that the ball is being thrown near, by pressing B/Circle. Press the X/Square button to swat the pass down.

Stripping the Ball – Press RB/R1 when you are close enough to make a tackle. This will cause your player to attempt a strip animation.

Hit Stick – Flick the right stick down or up to perform a hit stick on the ball carrier which will lead to fumbles and dropped passes. If you manage to whiff you could end up giving away a big gain.

Protect the Sticks
This adjustment will tell all your defenders to drop back to around the first down marker and tell them to keep everything in front of them.

Using this, you can prevent the opposing team from gaining control of your zones.

Playing this move can make many of the common plays less effective, making your opponent’s window of opportunity narrower.