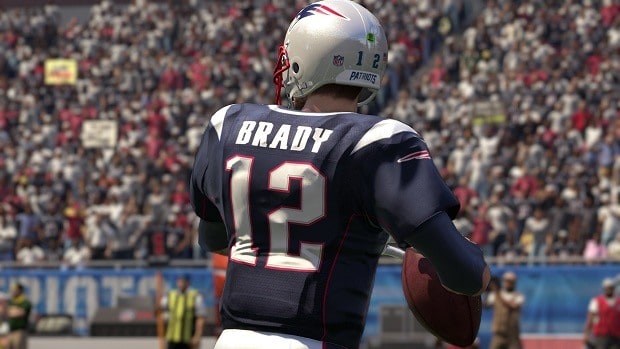 Each year a new Madden game comes out and players quickly want to see how EA rated some of their favorite stars. Even though it might be obvious to people who follow the franchise who will be at number 1, it is still interesting to see who are the others who fall close to the mighty legend in our Madden NFL 19 best players list.

Our Madden NFL 19 best players list will not only rate the players according to their overall but also other stats that define who they are. We will also take into account how they actually perform and feel while on the field.

In a move that will come up as no surprise to anyone, Tom Brady is once again the best player in the game. The Quarterback for the New England Patriots has an overall of 99. However, it is his prowess in the throwing department that really sets him apart from everyone else.

Tom Brady has an Awareness stat of 99 coupled with Throw Accuracy at short range at 99 too. Not only that, he has a 97 Throw Accuracy in medium and 86 in deep.

Since that is the primary purpose of a Quarterback, it is obvious why he is considered the best in the game. However, he is not alone as there are many other players at 99 too. Let us go ahead and look at some of them.

Antonio Brown is rated at 99 and he is a Wide Receiver. The main quality that sets him apart from the rest of the crowd is how quick he is. Antonio has a Speed rating of 92, Agility rating of 98, 97 Elusiveness, and 99 Ball Carrier Vision. This makes him perfect for his role, as he will be able to evade defense players all day long.

He is of course, by far the best receiver in the game. Try to use his speed to the maximum effect and catch the balls easily. He also is extremely versatile so you can use him in most formations. His other rating to be aware of is 91 Kick return which makes him a double-edged sword where both of the edges point the same way.

The offense is not everything. You need defensive players in order to win games. Moreover, no one is better at defense in Madden NFL 19 than Aaron Donald is. He has a rating of 99. Apart from that, he has 83 Speed which may seem slow when compared to Antonio Brown but is quite decent for an offensive lineman.

He also has 99 Awareness, 97 Strength, 93 Tackling, and 88 Block Shed to make sure that only a few players can get by him easily.

Rob is a tight end who has no match at his role. There are no other tight end players who even come close to the skill that is shown by Rob Gronkowski.

Not only does he have Speed, Agility, and Acceleration stats to brag about, he also has a 96 Catch rating to ensure that the ball does not slip through his fingers. Ever!

Another linebacker that is fun to play with, Luke Kuechly is amazing at defense. Not only does he have a Tackling stat of 98 and a hit Power stat of 93 but he also has a Zone Coverage rating of 88 that really makes him complete at his position.

He also has 99 awareness so that means that you can see things which you will not be able to if you are playing with almost everyone else. He had a 97 rating last time around but an amazing season has ensured his place with the big boys in the 99 club.

Linebacker really is a position where people tend to shine and Von Miller is another linebacker who is a force to be reckoned with in the game.

Not only will he read the opponents’ plays like its Harry Potter due to his 99 play recognition ratings. Apart from that, he also has a 94 Tackling stat, 95 Block Shed stat, and 95 Finesse stat.

Another thing that you can be impressed by when playing with Von Miller in Madden is his amazing pass rushes. The only player to win an MVP in the Super Bowl without being a QB in the last 4 years is not someone to mess around with.

Aaron Powers comes in as the second best Quarterback after Tom Brady, despite only having 1 Superbowl to his name. He has amazing throw stats just like Tom Brady. He has a 97 Throw Power, 98 Throw Accuracy at short range, 94 at mid-range, and 88 throw into the deep. Apart from that, he also has a 96 Play Action rating.

The main way that you can use this player is by utilizing his amazing passing. He can easily complete as many passes as you want, no matter how difficult it is.

Finally, we are done with the 99 Overall Rating. The highest player who is rated at 98 is Julio Jones. He is by far the second-best receiver in the game. As such, he is amazing with his feet, as he needs to run in behind the defenders.

With a Speed rating of 93 and 96 Agility, you can be sure that you will get the ball to him. He also has a catch stat of 96 and 98 in traffic so you will definitely be able to get the ball too.

To add to that, he also has a Juke move rating of 91. He can easily catch the ball in traffic and perform spectacular catches like they are nothing. Route running rating of 98 is just icing on the cake.

With an overall of 98, the defense is where you will want Khalil Mack to be. 95 Awareness and 87 Speed coupled with 92 Tackling and 93 Power moves will ensure you can stop plays all the time.

The last player in the game to have a 98 overall is Watt. Despite him having had a torrid year filled with injuries, he still gets 94 in Impact Blocking, 93 in Tackling, and 97 in Play Recognition. Because of that, he can be amazing in stopping offensive plays.

Some other players to watch out for are:

Odell Beckham Jr
The fastest of the receivers in this gathering with a spectacular speed rating of 94, Beckham is difficult to catch. He additionally has a catch rating of 99. Which makes him one of the best slot receivers in Madden 19.

Bobby Wagner
Not a long way behind Kuechly is the Seahawks linebacker. Wagner has a tackling rating of 98 with the zone coverage rating of 89 and the play recognition rating of 97.

Jalen Ramsey
Ramsey isn’t simply the best of this gathering yet in addition the snappiest with a speed rating of 93. He additionally has a play recognition rating of 97, a press rating of 98, and a man coverage rating of 96.

Earl Thomas
Trade gossipy tidbits may have been swirling around the star of the Seahawks’ yet Thomas is a standout amongst other defensive players in the game, with 95 zone coverage rating, and a 90-speed rating.