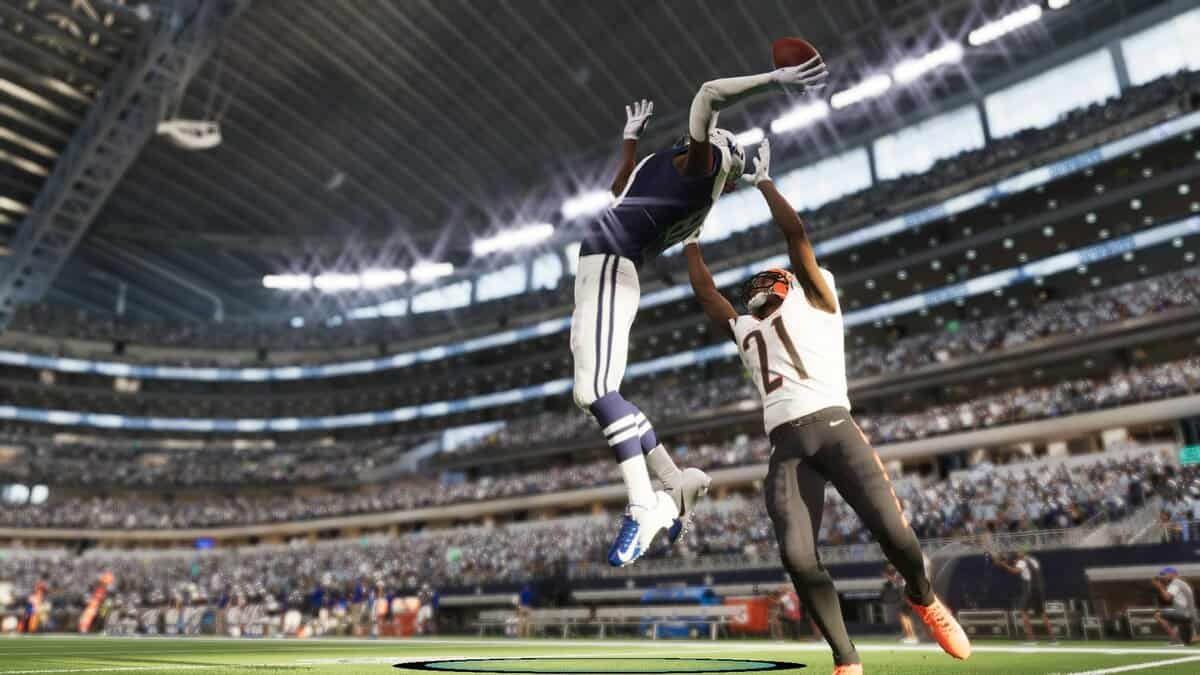 In Madden 23, putting together a team is not an easy task when everything is on the line. There are tons and tons of options with every player offering something that the other one lacks, and if you too are in that sticky situation then don’t worry about who to go for as the Free Safety because this guide has got you covered when it comes to Free Safety Players in Madden 23.

Free Safety Players are the backbone of defense in Madden 23, and they are the last line of defense who will be corresponding to the quarterback of the opponents, so it is absolute that you pick the best of the best for this position.

To help you make this decision with ease, we have cherry-picked the best Free Safety Players in Madden NFL 23.

Tyrann Mathieu is one of the highest-rated Free Safety players in Madden 23 and is a must-have for every team. With high motor skills and an Aggressive style of play when the ball is in the air, Mathieu is the starlight when it comes to free safety players. His disciplined penalty is also worth mentioning.

Derwin James Jr the player with an Overall Rating of 93 shines in all categories when it comes to football. With high physical, range, and jump ball ratings, Derwin is not the player you want to mess with. He features High Motor skills, DL Swim, Spin, and Bull Rush move. Overall, a perfect fit for any formation.

The 6’1’’ Free Safety Player of the Seattle Seahawks, Jamal Adams is the man you can count on when it comes to defense and covering the opponent’s quarterback. Jamal is a player with top-tier physical strength and to go with the muscular build is the Balanced Styled for Ball in the Air situation. There are players yet to be found better than Jamal when it comes to Big Hitter.

If you are looking for an off-the-charts rating in all aspects, then you are at the right spot because Micah Hyde is the Safety Player every team dreams of having. With an OVR of 91 and SPD of 89, Mr. Hyde has a disciplined styled Penalty. When it comes to Free Safety Players, Micah Hyde’s name surely stands out.

Jimmie Ward is the perfect balance of all abilities when it comes to football, and he doesn’t just excel in any one category but is a jack of all trades and can come out of pretty much any situation you put him in. Jimmie Ward is an asset to the San Francisco 49ers with an OVR 87 which is high enough to put him on the leaderboard with all the legends.

During Budda’s first five years in the NFL, he left quite a memorable imprint before his fan’s eyes. He has risen to the top of the safety ranks, after being deemed, a three-time All-Pro and four-time Pro-Bowler. Apart from that, his 95-play recognition, 91 speed and 87 hit power compliment each other really well. This can be quite troublesome for ball carriers in the open field, since the aggressive safety acts as quite a challenge for them.

Another player that has been hardworking to outshine his peers is Kevin Byard. It is a well-known fact that ever since he got drafted in 2016, he has not missed a single game. Added to that, his active presence is backed up by his NFL interceptions before and making the Pro Bowl last year. So, it can be said that his history demands him to be titled a top-notch safety.

Without doubt, Justin Simmons is a versatile safety that you can fit perfectly into your team in Madden 23. Added to that, it is not easy for quarterbacks to throw at him since his 93-play recognition and 95 agility back him up by providing him with a 59.5 completion percentage. Added to that, his 80 tackles and 12 passes easily make him a top tier safety.

Harrison Smith carries high pursuit and agility as his top skills, which essentially turns him into a missile against ball carriers. Smith has no problem adapting to different playstyles that are carried by his opponents which is prove right by the viking’s new defensive coordinator. He plans on switching up their scheme a little bit, from 4-3 to 3-4. However, Smith’s experience will allow him to adapt to this change perfectly.

Ending the list, we have Jessie Bates III. Bates rose to fame after the spotlight was shifted to him during a playoff run with the Bengals. During that time, analysts took a closer look at the defense and observed how well it was commanded by Jessie, bringing him praise. Added to that, during the Bengal’s playoff run he recorded six pass deflections, two interceptions, and 20 tackles.