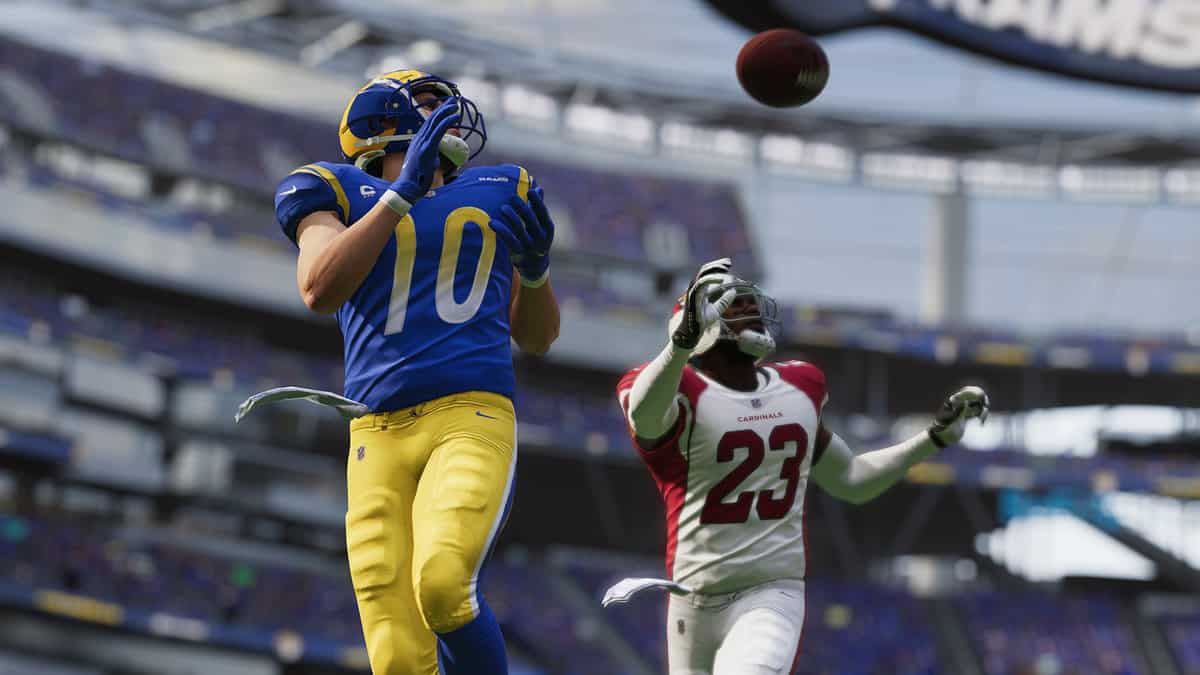 Madden season has begun, folks, and its time to pick and choose your best Defensive Tackles. While there are endless options you can choose from, you need to remember you need the players that compliments your dream team. But lucky for you, in this Madden 23 guide, we’ve put together the Best Defensive Tackles (DT) alongside their rankings to make the choosing process less stressful for you. So without further ado, let’s begin.

Your Madden team members determine the fate of every match. You’re all set to take the trophy home if you’ve got the perfect line-up. However, if you don’t put so much thought into who gets to make the cut on your team, you may be setting yourself up for a disaster.

With that being said, Defensive Tacklers are the players that line up opposite of the offensive guards. Depending on the game, they sometimes have to be called to fill various positions. These are usually the big guys on your team, and you must carefully pick who can be your team’s Defensive Tacklers.

To help you make this decision easily, we have cherry-picked the best DT Players in Madden NFL 23.

Vita Vea has the highest rating of all Defensive Tacklers in Madden 23, and rightfully so. He’s a superstar with Run Stopper Archetype and has a Long Stride Default Running Style. He’s a big hitter and has high motor skills as well. His Madden Weekly movement is also spectacular, and having him on your team is an absolute need!

Second, on the list is Jonathan Allen. Although he’s not a big hitter, he has high motor skills alongside Pass Rush Spin moves. In addition, he’s posses the Power Rusher Archetype and has a Long Stride Default Running Style. A great DT choice for players who are a fan of Washington Commanders.

With an overall rating of 91, we have Chris Jones. He’s a spectacular choice for players who are fans of Power Rusher Archetypes with Default Stride High and Tight Running Style. You name it, and he’s got them all. He’s also not a big hitter, but he does have high motor skills alongside Pass Rush Spin and Swim moves.

A big hitter with high motor skills from Indianapolis Colts can be one of the greatest DT options you can opt for. DeForest Buckner is an absolute killer when it comes to his performance. He’s an unstoppable force with Speed Rusher Archetype and has a Long Stride Loose Running Style.

He has an overall ranking of 89 and belongs to the Green Bay Packers team. He is a Run Stopper Archetype and has a Long Stride Loose Running Style. Although he’s not a big hitter, he does have high motor skills alongside the Pass Rush Bull Rush move

Coming in with another solid addition, we have Fletcher Cox, who has an overall ranking of 88. He also has great physical stats of 77 speed and 78 acceleration which is paired up with his power rusher archetype, making him a great option as a Defence Tackler.

Micheal Pierce is a great option from the Baltimore Ravens, acting as a formidable Defence Tackler. His 70 speed, and 80 acceleration paired up with his Run Stopper archetype are two of his strong points. He also has high motor skills alongside the Pass Rush Bull Rush move.

A strong addition from Washington Commanders, with an overall rating of 87, is Da’Ron Payne. He is a Run Stopper Archetype with good physical stats. He also has high motor skills paired up with the Pass Rush Bull Rush move, making him a great addition to the team.

Quinnen Williams with his Run Stopper archetype easily secure the spot as one of the top ten DT players. With an overall ranking of 86, Quinnen Williams possesses both the Pass Rush Bull Rush and Move Swim move, which makes him a really strong player to be on your team.

Last, but not the least, D.J. Reader, with an overall rating of 84 makes it to the list. He is a Run Stopper archetype paired up with the Pass Rush Bull Rush move, helping him achieve a spot in the top 10 defense tackles.