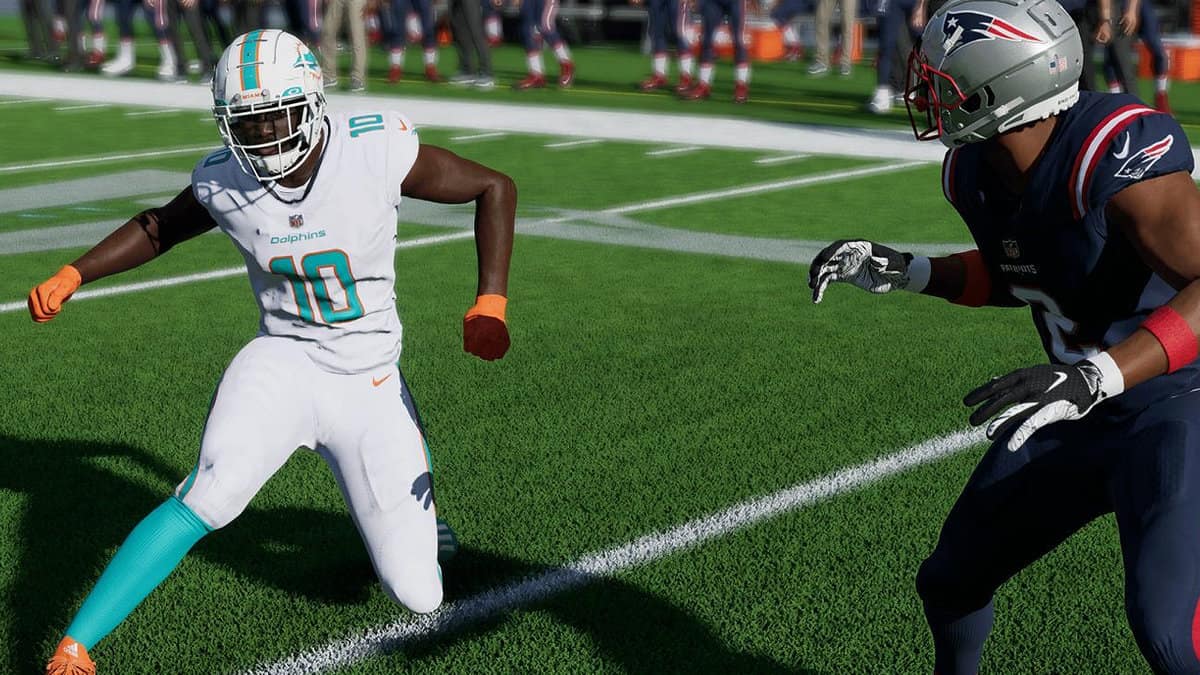 You will be spending a lot of time on choosing your offensive and defensive playbooks in Madden NFL 23.

Just like the previous installments in the franchise, there are several factors that need to be considered when finalizing a playbook. The following guide will hence help you out in choosin the best defensive playbook in Madden 23.

What is the best defense playbook in Madden 23?

Alternate 46 is a defensive playbook that is best against the pass. It has a lot of options for the 3-3-5 formations which include the 3-3 and the 3-3 Cub and Big Nickel.

Note that 3-3 Cub is the 3-3-5 wide formation from Madden NFL 22 which gives you a lot of speed at linebackers.

Alternate 46 is the most customizable defensive playbook in Madden NFL 23 and provides the most balanced solution on defense. Alternate 46 can also be subbed in for your team.

Tampa Bay Buccaneers is really good for a defensive line. If you choose this playbook and the Nickel Formation, stopping heavy passers will become relatively easier.

You’re not picking this playbook for just your base defense, instead you need to go for the Nickel Formation which includes the 3-3 Cub, 2-4 DBL Mug, and 2-4-5 Odd. Among these, the 2-4 DBL Mug is most recommended to use against heavy passers.

Chicago Beards playbook is a defensive playbook that is strong against the run.

Chicago Bears playbook has various formations from which you can choose, such as the 3-3-5 formations (Wide and Will), 1-4-6 Dime, and 6-1 Even. This playbook has overall balanced formations but is the best playbook for defending against the run.

The Patriots also come with Nickel and Dime formations which can be a really good addition to your defensive roster.

How to Make a Custom Defensive Playbook

If you want to create an Defensive playbook, go to Create Def and then choose a playbook.

Now that you have chosen a playbook, go to My Playbook. There will be many formations and plays. You need to delete all of them by going on each formation and pressing the triangle and then clicking on ‘remove’. There are certain formations that cannot be deleted unless you have added a substitute formation for them.

After you have removed all of the plays except some which cannot be removed, go to All Plays. In All Plays, you add the formation of your choice. So browse around and see if you like any formation and play to add to your playbook.

Now after you are done adding plays from All Plays, go to the Audibles. In Audibles, you set the buttons for your game. Like which button would be for a mid-ranged pass and which for which.

Now that you have made all the settings, just press the ‘option’ button on your controller to save the playbook. You will have to set a name for your Madden 23 custom playbook. After setting the name and saving the playbook, there you go! Your customized playbook is ready.

How to Play Only Defense

If you want to play only defense, you can select Play Now, and a new window will pop up. Then, choose the type of game and desired team, location, etc.

After that, click Advance to Game, and when the pre-game animations end and the game start, pause it. Now scrolls down and find the Super Sim option, and hit Y.

Here you will find the Custom Play Options. Select Play All Defense and head back to the Super Sim to simulate the part where your team was not in Defensive mode.

After a while, you will see New Moment Detected. Now select the Play Moment to enjoy the game in Defense mode.