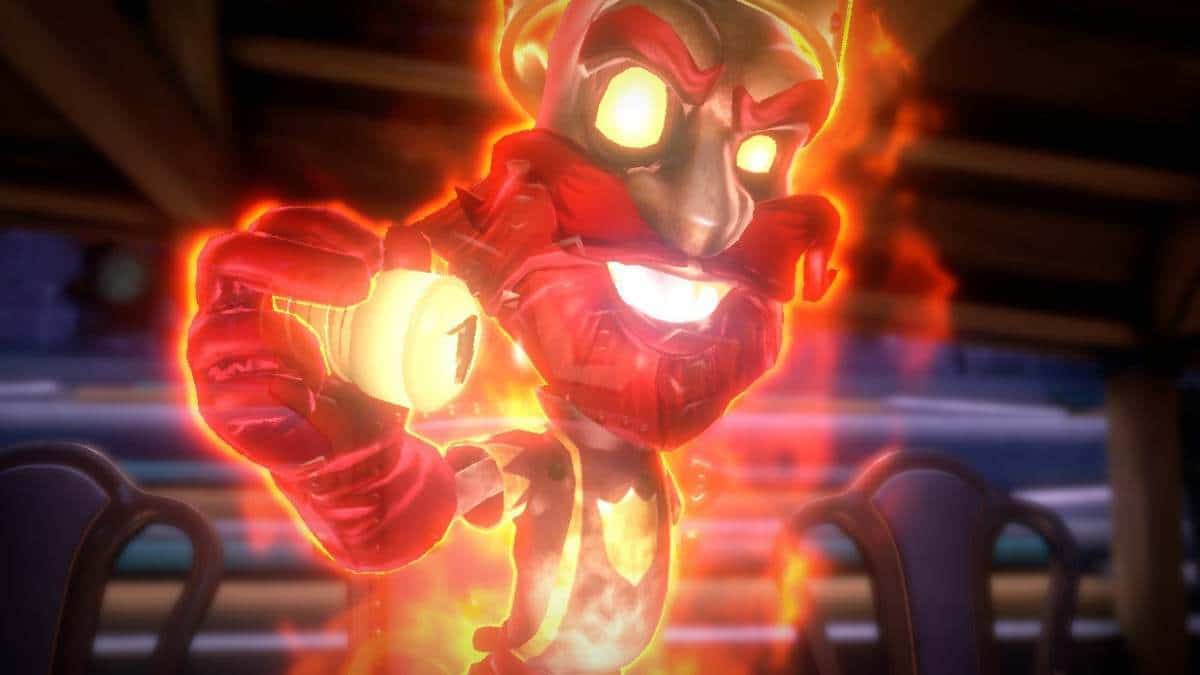 The sixth floor in Luigi’s Mansion 3, Castle MacFright, is the home of one of the scariest looking bosses in the game. In this Luigi’s Mansion 3 guide, we will teach you how to successfully fight this 6F boss known as Knight MacFright.

All the floors in the hotel are themed based on different concepts which is not that common in a this series. Each floor has its own spirit that follows the theme fully but in this guide we would be discussing the one you fight in the Coliseum called Knight MacFright.

King Macfright would be heavily armored. It would feel like every attack that you perform on this boss is having no effect on him which would be true. He has a shield that will easily deflect your Strobulb making it difficult to stun him. Also, there is no way to plant your plunger onto him and your stomp attack will also have no effect on him because he will be completely unphased.

This time the weakness is not a point in space but a point in time. You have to focus on the timing of your attacks rather than focusing on where to attack and that time is not when Knight MacFright circling the arena when he cheers and starts to run towards you for attacking. At that time it would a waste of finger movement to attack him.

You have to wait for him to lunge at you with his lance and when he does there will be a moment when he lowers his shield and it is then when you should use your Strobulbs to hit him in the head and once you do,  he will collapse immediately.

After that, you need to attach the plunger on his chest and slam him to take down his health. Do this repeatedly to defeat Knight MacFright.