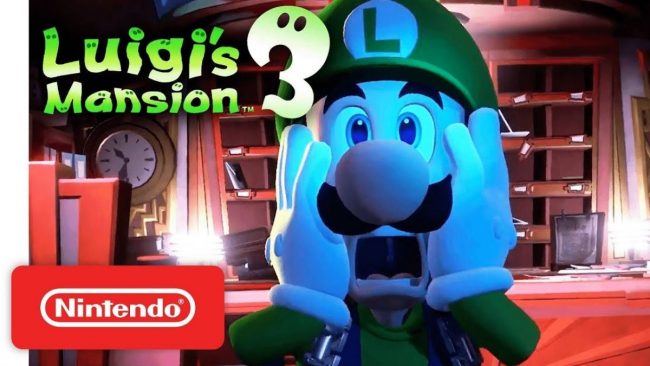 During its E3 2019 livestream, Nintendo has given us a look at Luigi’s Mansion 3 gameplay and also detailed different gameplay mechanics and abilities that players will be able to use.

The trailer first gives us a brief run down of the game’s premise. However, the most interesting part of Luigi’s Mansion 3 is its new gameplay mechanics. Luigi’s Poltergust G-00 is equipped with new features and we will detail all of them.

The slam is the new addition to the Luigi’s Mansion 3 gameplay. As the name suggests, while trapping a ghost you can slam it on the ground to deal some damage. If there are other ghost nearby, then hitting them with the Slam will damage them as well.

This gameplay feature in Luigi’s Mansion 3 is very simple. All you have to do is find something to attach your plunger to and then pull the string to destroy it. You can destroy furniture using the Suction shot and is also effective against certain types of enemies like the ones with shields.

If Luigi has been trapped by a number of ghosts then worry not as the Burst will help. Using this ability a powerful air burst will knock the ghosts back and this ability can be used to overcome certain obstacles.

Gooigi is basically a double of Luigi himself but is made up of goo which opens up a lot of gameplay opportunities in Luigi’s Mansion 3. Players can switch between the two to use both of their skills.

Not only that, Gooigi can go to places where Luigi can’t like passing through metal fences, walk on spikes and to overcome obstacles too big for Luigi alone. Furthermore, Gooigi also acts as a coop partners if you pass on the joycon controller to a friend.

Luigi’s Mansion 3 is a Nintendo Switch exclusive and will launch in 2019.