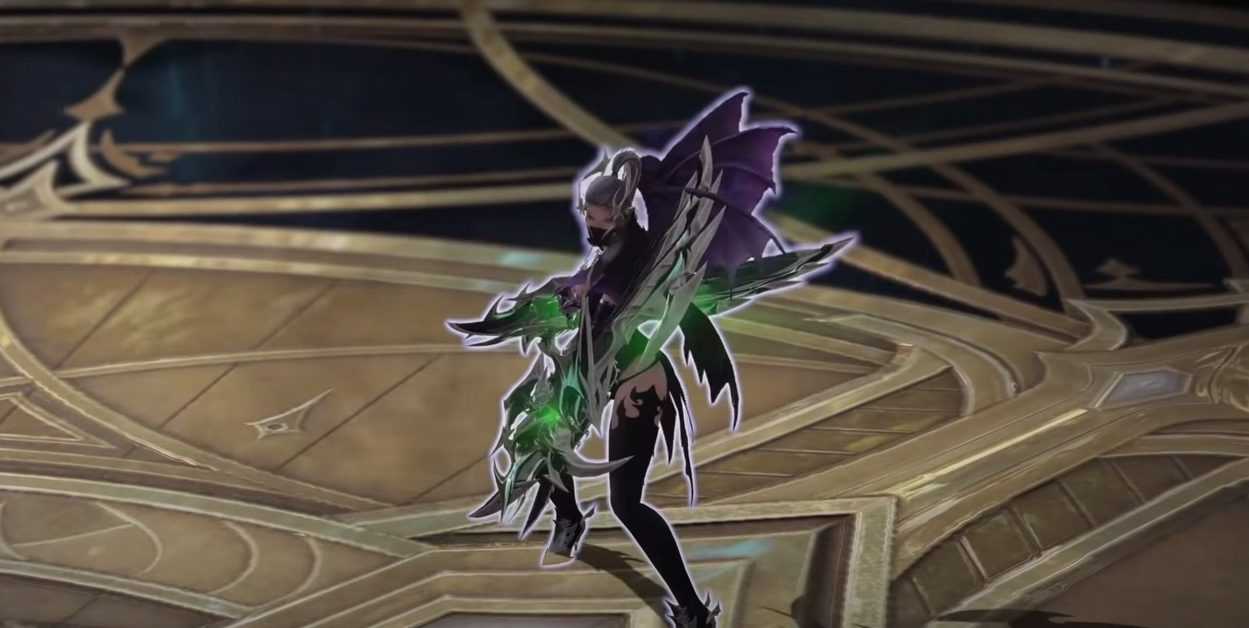 Shadowhunters belong to the Assassin class in Lost Ark. This class is capable of demonic shapeshifting, making them one of the most feared classes in Lost Ark. In this guide, we’ve explained the Lost Ark Shadowhunter class in detail and talk about everything from its pros and cons to endgame builds.

Shadowhunter is an overall easy-to-play class with simple concepts such as human and demonic form. The human form is your base form which utilizes different variations of demonic and melee attacks against opponents, slowly increasing the Shadowburst gauge meter, which gives you an ability to transform into your Demonic form for a while.

With all the hype for this class, let’s take a look at the pros and cons of Shadowhunter in Lost Ark.

Each individual class possesses its own Engravings in Lost Ark that provide the class abilities to master. Shadowhunter consists of two Engravings: Perfect Suppression and Demonic Impulse.

This Engraving is mainly focused on your human form while disabling your demonic form to improve your human skills for combat.

This Engraving provides the class an additional 15%- 30% Critical Rate when in Demonic Form.

Demonic Impulse focuses mainly on your demonic form and opens up a gate for you to use it frequently to deal as much damage as possible.

The Shadowhunter skill tree is divided into four sections.

Out of the four Skills, Normal and Intrude can be upgraded via Tripods, and both are divided into further classes. For the tripods, they’ll be gradually unlocked as you invest points into your skills. Supported skills can carry up to 3 Tripod upgrades at once, which consists of a single Tripod Upgrade per Tripod Tier.

Below is a list of the best Shadowhunter Normal Skills:

Demonic Slash: Used by both Endgame Builds for a quick dash in different directions. Mostly used to avoid attacks from PvP and AoE opponents when paired with mobility Tripods. The recommended tripods for this skill are Mobility, quick movement, Swift Thrust.

Thrust Impact: This skill acts as a grappler as it’s used to pull your opponent closer while dealing a good amount of damage before sliding away from the counterattack. The recommended tripods for this skill are Deep Thrust, Intrude Power, Weak Point Detection.

Demolition: This skill is used by both Endgame builds as they dart to deal a big amount of damage. The recommended tripods for this skill are Nimble Attack Intrude Release.

Sharpened Cut: Used exactly like the Demonic Slash. This skill will allow you to move 9-meters away from the opponent’s attack and, in return, will allow you to inflict a jaw-dropping amount of damage. The recommended tripods for this skill are Infiltration Attack Magic Control.

Cruel Cutter: This skill transforms weapons into a Boomerang that can be tossed at the opponent to deal additional damage. The recommended tripods for this skill are Earth Attack, Boomerang.

Below are all the best Shadowhunter Intrude Skills trees to select from.

Demonic Clone: This skill is issued for summoning a Demon to attack an opponent and deal a ton of damage. The recommended tripods for this skill are Vital Point Strike, Fist of Destruction, Quick Preparation.

Howl: Charge up demonic powers to release a loud cry that causes fear to the opponents for 120 seconds. The recommended tripods for this skill are Encroaching Power, Scream of Fury, Swift Fingers.

Decimate: Charge up demonic powers to summon Demon arms that cut the opponent’s health off. The recommended tripods for this skill are Critical Blow OR Encroachment Discharge, Cruel Hand.

Below we’ve arranged the best Lost Ark Shadowhunter Builds for PvP and PvE.

Demonic Chain build Focuses on allowing Shadowhunter to fill up their gauge rapidly so they can transform into their Demonic form, giving them access to skills like Demonic Cry and other deadly melee attacks.

For this build, your primary stat is Swiftness which enhances your overall performance, including your movement, ability cooldowns, etc. In addition to your primary stat, you’ll be using Demolition as your Secondary Stat to increase damage dealt from stunned opponents.

The Perfect Suppression Build Focuses on allowing Shadowhunter to use their standard attacks to their full potential as they help you stay in your human form while filling your gauge for your attacks. Make sure to use Tripods as they help make this build stand out in a battle against multiple opponents.

This build center’s around Critical. Therefore, start off with primarily investing in Critical for critical chance consistency, then move onto the secondary build, which is Swiftness, to enhance the overall performance of the build.