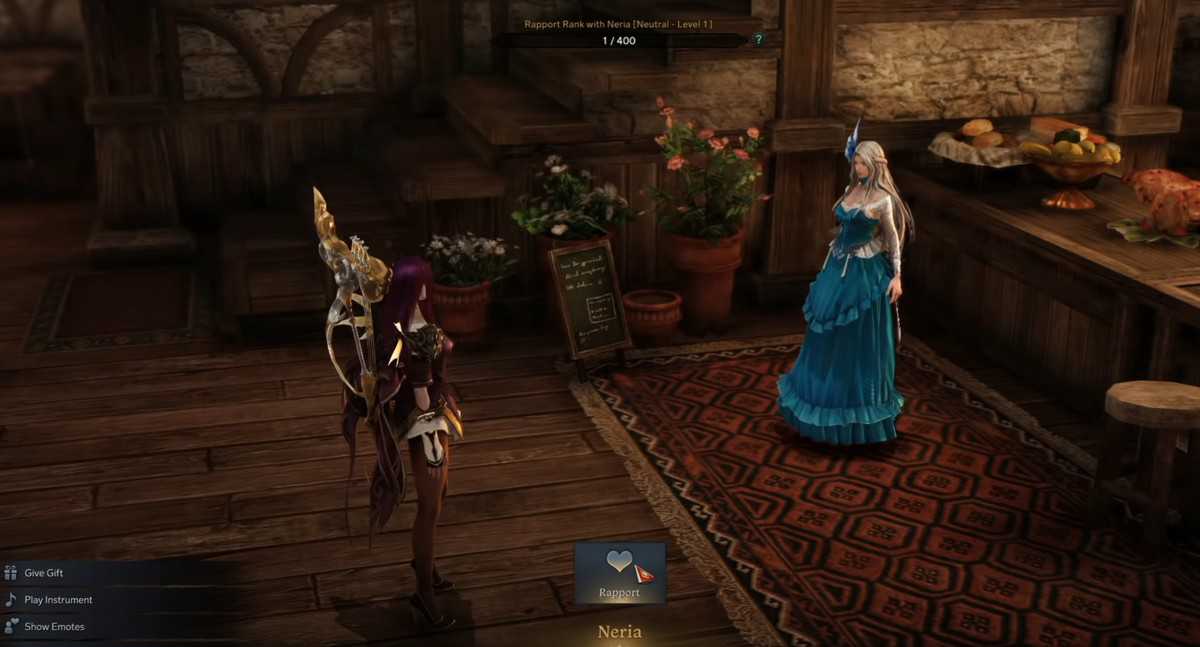 Lost Ark is a complex MMO with many subsystems; One of these is the Rapport System. In this Lost Ark Rapport guide, we’ll give you all the details on this system including the best NPCs, Gifts, and Benefits of increasing Rapport.

It is vital for players to understand Lost Ark’s Rapport System as it nets some really great rewards. So, what exactly is the Rapport System in Lost Ark?

Rapport in Lost Ark works like a friendship or Romance meter which is attached to different NPCs you find in the Lost Ark. Players can increase the Rapport Level by playing songs, giving gifts, completing side quests, and using specific emotes.

This Rapport Level might not look beneficial at the start of the game, but once you progress further in the game, you will get to know its importance. So, it is best to level it up from the start.

Not all the characters in the Lost Ark have a Rapport bar, so you have to check which characters have it by going to the Rapport tab. There you get the names of characters and the reward they can give you as well.

How Does Relationship System in Lost Ark Work?

As we have already mentioned, Rapport is basically a measurement of how much an NPC likes you. You will find different tiers of this in Lost Ark like Amicable, Friendly, and Trusted.

But for a few NPCs, you can take it to the level called Affection which is beyond Trusted level. Reaching to the next level will not only make your friendship stronger with the NPC, but also give you new Quests and rewards.

But before that, you will need to meet the virtue stat requirements of the NPCs. The requirements are Charisma, Wisdom, Kindness, and Courage. Once you have these Virtue Requirements met, you can increase the Rapport Level. It will take a lot of effort and time for getting to the highest level of the Rapport System so be patient.

How to Increase Rapport with NPCs in Lost Ark

There are different ways in which you can increase the rapport with NPCs like playing instruments, emoting, and gifting.

Each NPC has some gifts, instruments, and emotes which they like and respond to them well. If you give them what they like the rapport level will go up.

However, there are limitations to it as well. You can only give them 99 gifts, 5 emotes, and 5 instruments in a day. For more gifts, you have to wait for a day.

Best NPCs to Prioritize for Rapport

You can build rapport with any NPC but some have more benefits than others. Here we will tell you about the best NPCs that respond very well to this system and can be very useful for you.

The best three NPCs are Sasha, Beatrice, and Captain Cavery. This is because once they reach the high rapport level, they can get you a Giant’s Heart.

The best gifts you can give to all three NPCs given above, to increase your relationship with them in Lost Ark, are also listed down. Giving these gifts to Sasha, Beatrice, and Captain Cavery will help you increase the Rapport level quickly.