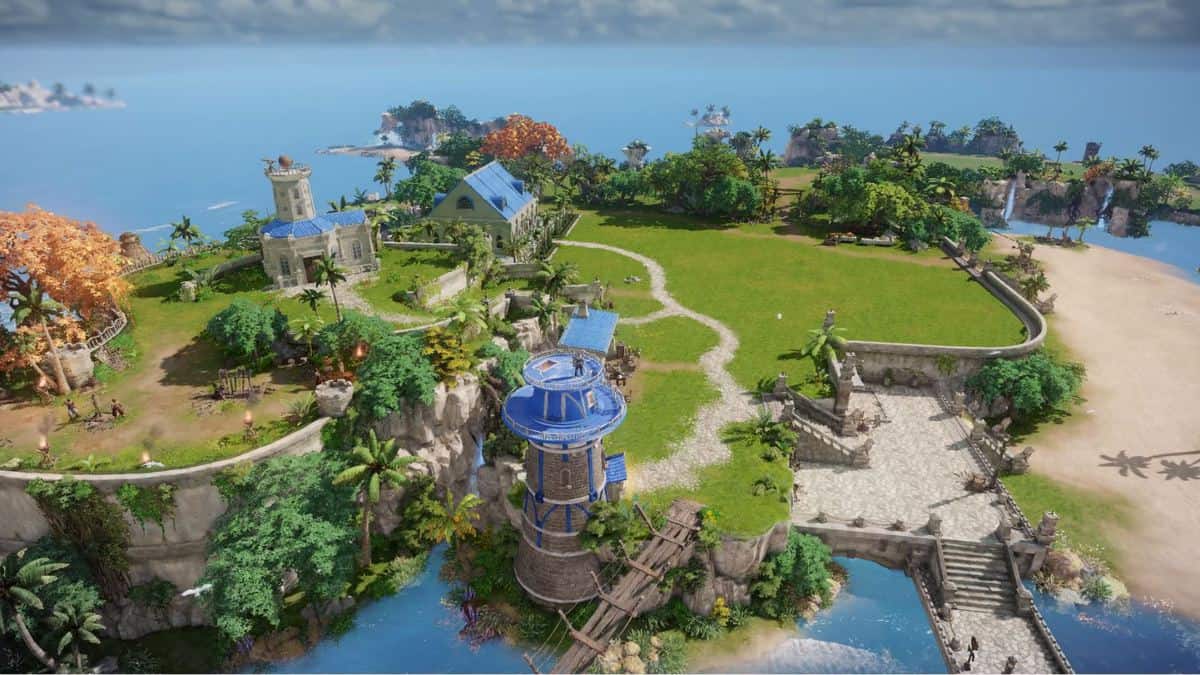 What is the Island Stronghold?

Island Stronghold is a large estate that is instances and customizable. You can use various features to customize it, such as the furniture and structures. Besides these features, the Stronghold also offers you a range of ways to gain endgame content and gather resources if you’re not planning on playing yourself. The different facilities available at the Stronghold are given below.

Within the Stronghold, you can explore different types of upgrades, craft recipes, and items. You can also send your crew members on naval missions and train alt characters. Let’s talk about all the different mechanics of Island Stronghold one by one.

The facilities available at the Stronghold are given below.

The Lab is one of the most important facilities of the Island Stronghold; within this facility, you will be able to unlock features of all the other facilities as well. Most of the features that you’ll find on Island Stronghold will first have to be researched at the Lab before they can be unlocked.

Simply press CTRL + 1 in the Stronghold Management Menu to access the Lab. Then, use the Lab to access the Research window to work with available research items. Completing research on some items will further unlock more items for you in the same category.

A crafting base allows you to create all sorts of battle items, food, and other stronghold items. This workshop can be accessed by the Stronghold Management menu, which you can open by pressing CTRL +1. You can craft Battle Items from resources gathered through Life Skills, e.g., potions and bombs. You can also create Food, Tools, and Furniture using this workshop.

To craft items, you should first have the Crafting Recipes for them and once you acquire them, get on to gathering the material required. If you want to craft an item urgently, you may proceed and buy the materials needed from the players around you.

Also, the more you craft, the more slots you unlock. You only have one slot at the start, but each craft unlocks ten slots for you once you start crafting. This lets you have various items crafting at the same time.

The Station is where you can send crew members and pets to take Naval Missions for you that reward you with resources that can be further used for trading. You can also take advantage of your crew members by sending them to the Special Missions, which can complete the endgame content for you.

However, before sending your crew and pets for the mission, you need first to have the ship. Therefore, you are required to research at the Lab to acquire it.

The manor is one of the largest buildings on the Island Stronghold. The insane space of this building lets players mount support structures and display costumes acquired that guarantee passive bonuses. These bonuses include energy costs, less Stronghold crafting time, and much more

To mount support structures, you’ll have to research their recipes and then craft them at the workshop. As for the outfits, you can obtain them by maxing out the rapport through different NPCs and merchants.

The training zone is one of the beneficial zones for the players. This space lets you train your alt characters and earn experience alongside leveling them up. However, only characters above level 50 can avail themselves of the training space. Training will cost you Action Energy and Gold.

These are the NPCs that will visit your island and sell all sorts of goods in exchange for seals acquired through station mission dispatches. Once the server refreshes, new Merchants appear with a new set of goods. To allow them on your island premises, go to the research lab and sign a contract with them.