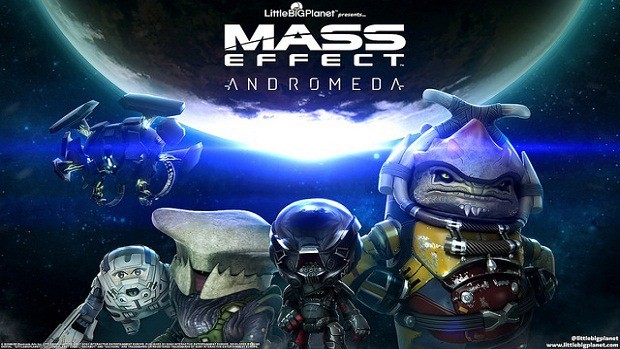 This costume pack comes with total of five costumes for sackboy, and his friends to make sure they are fully equipped and ready for any space adventure.

For those of you who are not familiar, with Little Big Planet 3, it is a puzzle-platformer video game developed by Sumo Digital, for the PS3 and PS4. It was released worldwide through November and December 2014, and it is the third entry in the main Little Big Planet series.

It received positive reviews upon its release, critics praised the create mode, visuals, and the many new gameplay elements, and the addition of new characters, the game did however, draw criticism for its technical issues.

On 7 February 2017, Little Big Planet 3 was available for PS4 for free as part of the PlayStation Plus free games lineup for February 2017, moreover, it is also the first PS4 game to support preloading of game patches.

Like previous titles, Little Big Planet 3 places a heavy emphasis on creation. Players create their own levels, characters, objects, such as power ups, tools, decorations, stickers, or vehicles, and other things.

To win the game you need to defeat enemies, complete the main objectives, while finding items, such as stickers, materials, objects, collectables and gadgets.

So have you played this game before? If not would you like to try it? Tell us in the comments below.