Legend of Zelda: Breath of the Wild Has No Set Place in the Zelda Timeline 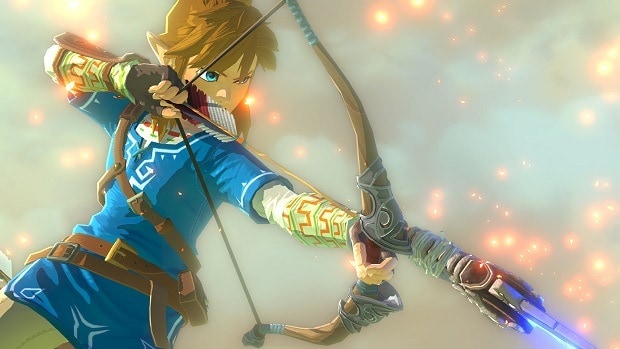 Breath of the Wild is the latest installment to the Zelda franchise being a Wii-U release but gaining a surge of popularity after its port to the Switch. The game’s place in the Zelda timeline is a source of confusion, however. Regarding as to when the game’s events take place in relation to every other game, as well as if they were even in the same universe, the developer shared some interesting points.

Series producer Eiki Aonuma expressed how he preferred to keep the knowledge of Breath of the Wild’s place in the Zelda timeline ambiguous. This was to allow players to better insert themselves and have their own interpretations.

Games often leave a lot of their lore upto player interpretation. Bloodborne is a good example of a mainstream game doing so, and now Zelda joins the ranks.

We made this game with the intention of returning to our roots, so the response from players about feeling the same as they had when they were young is promising. Since Nintendo Switch is portable, I hope that they will be able to engage deeply with the game in a fresh, new way too.

In books like the recently released The Legend of Zelda Encyclopedia, we revealed where each Zelda game fell on a timeline and how their stories related, but we didn’t do that for Breath of the Wild. There is a reason for that. With this game, we saw just how many players were playing in their own way and had those reactions I just mentioned.

We realised that people were enjoying imagining the story that emerged from the fragmental imagery we were providing. If we defined a restricted timeline, then there would be a definitive story, and it would eliminate the room for imagination, which wouldn’t be as fun.

We want players to be able to continue having fun imagining this world even after they are finished with the game, so, this time, we decided that we would avoid making clarifications. I hope that everyone can find their own answer, in their own way.

So this means we all have our own versions of where the events of Breath of the Wild take place in the Zelda timeline. Nice!

Me personally, I love to draw links to Twilight Princess, my other favorite Zelda game after BoTW. I just see a lot of similarities and parallels in both the stories and even the protagonists.

Both settings involve uniting multiple diverse nations against a common enemy through trial and error. The Zoras, Gorons, and multiple others.

The two games’ protagonists also share a “Link” (heh) in how they progress. Both starting off weak and gaining their power and skill through epic journeys. The difference being that the Twilight Link never had any, to begin with. While BoTW Link had to regain his through reliving memories and action.

Both Links are also in my two favorite Smash Bros games. Twilight being in Brawl and Wild being in Ultimate which I really can’t wait for.

Breath of the Wild for those that haven’t played it yet is a must play experience. It’s also appropriate for all ages, along with a few others.