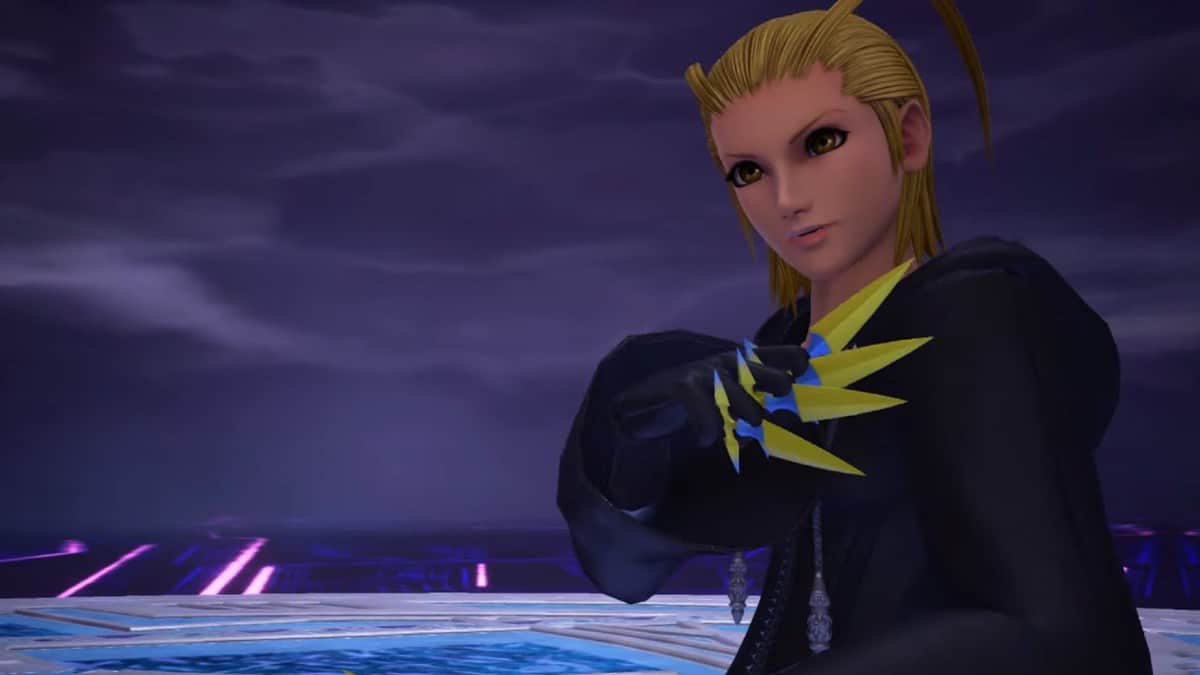 In Kingdom Hearts 3, you will stumble upon many bosses and one of them is Larxene. In this guide, we will discuss how you can beat Kingdom Hearts 3 ReMind Larxene Boss. We will be discussing Tips for the fight along with the attacks that can be performed by Larxene.

Before starting it is recommended that you take along a Keyblade and a Kupo Coin.

Larxene will throw her kunai at you after jumping. You need to jump at the same time and attack her. In this way, you would be able to deal a ton of damage to her.

There will be an opening to attack her after she does her triple shockwave attack, to get to her you will need to evade and get in close and do a combo attack.

When she does her slash fury attack you need to guard and then wait for her to evade by jumping, that is when you need to hit her with the guard counter.

When she creates multiple lightning orbs in the sky around her, it means that Larxene has gone into the lightning phase. In this phase, she will be hyper-charged and attack you nonstop.

In this phase, the best plan of action is to just dodge the attacks or roll away and you won’t take any damage. Once Larxene is out of her lightning phase, it would be very easy for you to attack her and deal high damage using combos because she would be slow and vulnerable.

But remember that after taking lots of damage she will go back into the lightning phase so be prepared to jump away.

Larxene has this technique of summoning Mirages of her to confuse you as to which one is the real one. To make them disappear you need to hit them only once.

Following is the list of abilities and attack moves that Larxene uses during this KH3 ReMind boss fight:

Lightning Kunai
Larxene does this move by charging her kunai electrically and then she throws them forward. Upon contact with the floor pocket of lightning will be created that can do some damage to you. You can avoid this by jumping forward.

Lightning Slam
It’s exactly what it sounds like, she jumps in the air and then slams the ground with lightning. In order to avoid damage you need to jump in the air before it hits the ground.

Summon Mirages
She can summon mirages when her health is low and you can make them disappear by attacking them once.

Mirage Thrust
This move can deal heavy damage if you are not careful. In this move, Larxene will summon three mirages that will appear out of nowhere and come at you.

Electric Circle
To make it out of this move you need to keep your health up as this is very hard to dodge. In this attack, she will use her mirages and start spinning around you which will create an electric circle which will start to close in on you