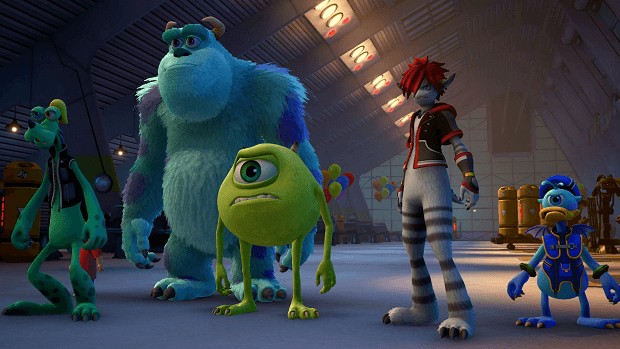 Kingdom Hearts 3 is one of those games that everyone loves, mainly because of the fact that it brings in a mixture of everything. With so many details surfacing every now and then, the biggest one has recently surfaced. Although most of the fans were already expecting this, now it has been confirmed that Kingdom Hearts 3 Content will be lasting us more than 80 hours.

Based on the word of Geek.com, players can expect more than 80 hours of Kingdom Heart 3 Content, that includes a Ratatoullie based cooking game, with 20 various old school tiger toys/game as well as watch style 2D side-scrolling games. That said these, 2D- side-scrolling games are based on Mickey cartoons from 1930 and 40s era.

Adding to that the interesting thing about the Kingdom Hearts 3 is that if you stay on the critical path of the game, it will last you for about 40 to 50 hours of playtime, a representative of Square Enix confirmed this.

So what this all means is that if we include all the mini-games and the main game, the Kingdom Hearts 3 Content shall last the player with more than 80 hours. So that is definitely something to be excited about.

With all that said for those interested, Gamestop is taking the excitement up a notch, as they are offering a special pre-order bonus for Kingdom Hearts 3. Get an exclusive Disney poster with a pre-order of this game from Gamestop.

We came to know of this pre-order bonus, when Gamestop took to its Twitter account and proclaimed that for those who pre-order this game now, will get an exclusive poster.

So it would be a perfect time to avail this bonus offer, be that as it may, if you wish to check out all the confirmed character and worlds in the game so far, you definitely can.