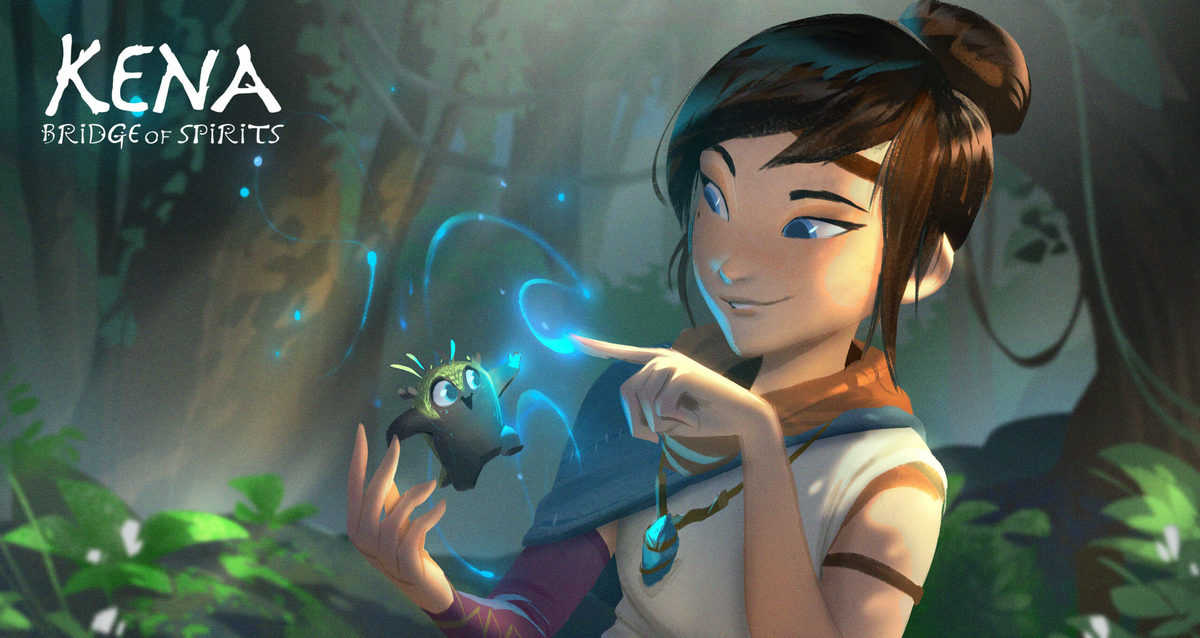 Tomorrow, we will be able to play Ember Lab‘s highly anticipated game, Kena: The Bridge of Spirits. When the game was first revealed last year, it quickly became the center of attention for many PlayStation fans due to its brilliant presentation and concept. Small team at Ember Lab has been hard at work to bring this beautiful game to PS4, PS5 and PC.

While I will suggest you to stay tuned for our full review of the game, we have an Interview for you guys which we did with the Co-founder and COO of Ember Lab, Josh Grier. Josh had some insightful details about the game to share with SegmentNext. The full interview for Kena: Bridge of Spirits is as following:

Q: Bridge of Spirits is a beautiful game. The character, the environments, everything is a treat for the eyes. What were your prime inspirations behind the development of the game, this concept?
We found inspiration in many things, including eastern philosophy and art, themes of finding balance, letting go, and the traditional Balinese music called Gamelan. Mike knew early on that he wanted to create the feeling of getting lost in the forest; the excitement, the beauty, but also the mystery and darkness. So we set about trying to build that reality.

Q: How does character progression work for Kena in the game? How does she become more powerful with game’s progression?
Kena’s progression comes from a combination of the player’s skill growth and unlocking additional, stronger abilities by finding certain collectables. Kena: Bridge of Spirits is not a button mashing combat game – the player will need to build up their knowledge and precision at using Kena’s moves in combat as she takes on more powerful enemies.

However, the player can also unlock more powerful abilities by building up “Karma.” To create Karma, the player can clear the corruption from Flower Shrines, reposition Owl and Cat Statues, restore Garden Patches, or defeat enemies. With enough Karma, Kena can unlock specific upgrades to her attacks. Some upgrades are only accessible once the player has found enough Rot companions. The Rot are Kena’s adorable little spirit friends hidden all around the world, but they also have a lot of power! The more Rot Kena finds, the more abilities will become available to unlock with Karma.

Q: There will be boss fights in the game, right? How diverse those fights are going to be? Are they going to be challenging enough?
Most definitely! There are plenty of exciting boss and mini-boss fights that will offer players a great range of challenges at all skill levels. Different bosses will require different tactics and skills to defeat. We wanted to give players several ways to be successful in combat and there is usually more than one way to defeat any enemy.

To make sure Kena: Bridge or Spirits is enjoyable for all players, we have 4 difficulty levels. Initially, players have the option to play on: Story Mode, Spirit Guide, or Expert Spirit Guide modes; ramping up the difficulty. Once the player beats the game for the first time, they unlock Master Spirit Guide mode for an especially difficult challenge.

Q: It seems like that Sound tracks in Kena: Bridge of Spirits are going to play an important role for overall experience. Can you tell us a little bit about the thought process behind Bridge of Spirit’s sound design?
We are very proud of the soundtrack and we agree the score is a very important part of Kena’s world. Our composer was inspired by a traditional form of percussive music from Bali called Gamelan. Part of our team actually went to the village of Pengosekan in Bali where they worked with Çudamani, a fantastic ensemble of musicians and dancers to record music for the score. This is also where we met Dewa Ayu Dewi Larassanti, who voices our lead character, Kena! Ayu is a performer with the ensemble as well as the daughter of two of Çudamani’s founding members: I Dewa Putu Berata and Emiko Saraswati Susilo. She is also featured in part of the score!

Since Gamelan is used in very sacred settings, we worked hard throughout the scoring process to stay in conversation with the members of Çudamani, finding inspiration from this powerful music style, while also remaining respectful of the deep spiritual significance of this music and instruments.

Q: I know you can’t share an accurate number but to have an idea, how long it is going to be to beat the Kena: Bridge of Spirits?
Obviously, this will be something we will know better once everyone has the chance to play the game, but it also has a lot to do with how the player decides to play. We intentionally kept the main story relatively short in order to focus on developing a great story and memorable characters. However we also encourage exploration by including collectables and optional areas to unlock. Some of these include tracking down all the Rot companions to increase Kena’s power and abilities, finding Rot Hats to customize her little friends, as well as Spirit Mail left behind by lost spirits that will enable the player to access new areas and challenges. Depending on the difficulty setting the main story can be completed in 8-10 hours.

Q: Kena is a story driven adventure. Does the game have any meaningful choices affecting the plot? Does the game have replayability factor?
While it’s true that Kena is a story-driven adventure, it is also a skills-based combat game. While there is a set plot that the player will experience, the combat aspect offers plenty of replayability where players can test their skills by increasing the difficulty level to put their proficiency and tactics to the test. Only very skilled players will be able to best the challenges in Master Spirit Guide mode. We also hope that, like a great film, players will want to experience the story and characters again, even once they have completed the game the first time.

Q: Kena: Bridge of Spirits is a EGS timed exclusive! Any specific reason for that? Also, can you share the time for which it will stay Epic Games Store exclusive?
We are currently focused in our launches for PlayStation and Epic Games store, which are timed exclusives. We will look into other platform releases after launch and a rest.

Q: On consoles, the game is also a PlayStation exclusive, any chance that we might see it released on Xbox platforms down the road. Is it up to Sony to decide?
Right now, with just a few days to launch, it’s very difficult to think about next steps or future offerings. We have been responding to the requests from the community as best we can. For example, we just announced a physical release and the addition of Russian and Brazilian-Portuguese.

Q: How is the game different on PS4 as compared to PS5? Are there any PS5 specific features in Kena: Bridge of Spirits?
We have worked hard to make both experiences for the PS4 and PS5 fantastic for players. However, players on the PS5 will have some pretty exciting additional features. The PS5 version makes use of the PS5 controller’s DualSense Adaptive Trigger and Haptic Feedback features. We especially love the experience of drawing Kena’s bow with the Adaptive Trigger – feeling the real time resistance and release as you fire an arrow is exciting, and really feels like shooting a bow and arrow! A stand out use of the Haptic Feedback function we’re proud of is when the player powers up an ability by adding the Rot into the attack. The haptic feedback gives a visceral feeling of energizing the ability!

PS5 players will also have the option to play in “Fidelity Mode,” locked at a framerate of 30 fps with native 4k resolution for a more cinematic experience. The PS5 version is set to “Performance Mode” by default targeting 60 fps and upscaled 4K resolution to prioritize gameplay. Additionally, you see more rot on screen in the PS5 version of the game.

Q: After Kena: Bridge of Spirits, what sort of game you guys would like to make? Any ideas you would like to share with the fans?
Right now our main priority is Kena, but we are most definitely looking forward to our next project! We will have to wait to share more on that in the future but keep an eye out! We are sure fans of Kena will be excited about what we have in store.

Q: Since the announcement of the game, you guys have been quite popular in the PlayStation community for your game. Such excitement and fame also brings pressure with it to deliver what the fans are expecting from you? How did you handle such pressure?
The main way we deal with the pressure is by really focusing on what drew us into making the game in the first place: creating a work of art we are proud of. We have an amazing team of passionate artists, and taking the time to refocus on why we do what we do helps ease the pressure. We hope to deliver a fantastic game to our amazing fans who have been such ardent and patient supporters. We can’t wait to share Kena with all of you!

Kena: Bridge of Spirits is scheduled to release on September 21, 2021 for PC, PlayStation 4 and PlayStation 5. The reviews of the game aren’t out yet but we expect them to go live soon.

Gohar Anwar
Reviews
In the News