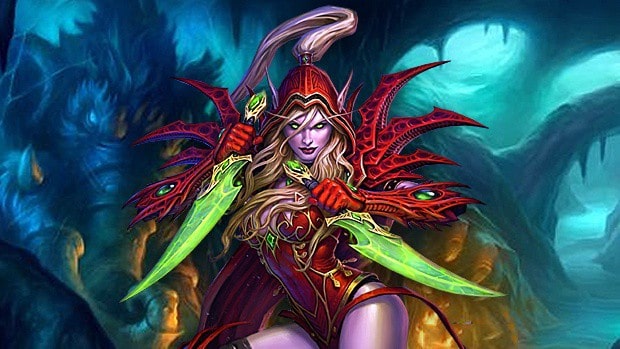 Following the release of Journey to Un’Goro last week, Rogue’s Legendary Quest has been established to be far too overpowering than originally intended.

For those unaware, the new expansion pack for Hearthstone introduced a Legendary Quest for each class in the game. Once played, the player must complete a set of tasks to fulfill the quest’s requirements and gain a game-altering reward.

Rogue’s Legendary Quest is called “The Caverns Below” and asks the player to play four minions on the board with the same name. The reward is a spell called “Crystal Core” which makes every friendly minion, on-board, in-hand, in-deck, boast 5/5 attack/defense numbers. This means that a minion with a default 1/1 will come out to be 5/5.

Initially, it was widely thought that playing four minions with the same name would be a bit tedious. Perhaps that is the reason Blizzard placed a low threshold of just four minions that need to be played. However, as it turns out, it is not that difficult at all.

Many players have formed decks that help them complete Rogue’s Legendary Quest fairly early in the game. Thijs “Thijs” Molendijk, professional Hearthstone player for G2 Esports, recently came across an opponent that managed to do so in the very first turn.

Being able to gain Crystal Core so early in the game unleashes a nightmare for the opponent to somehow thwart the buffed minions. For many, it is almost impossible to take control of the board at just the third or fourth turn. Rogue’s tend to use low-cost minions, which further means that they are able to play multiple cards in the same turn.

That being said, completing Rogue’s Legendary Quest does not guarantee victory every time. However, it is fairly difficult to counter the army brought about by Crystal Core. Those residing in the amateur tier are likely to give up, while professional players have managed to turn the tables but not without the sense of victory.

Blizzard is likely to dial back on the quest. Perhaps it would be better to increase the requirement to five minions that must be played instead of four. The developer needs to somehow delay the quest from being fulfilled.