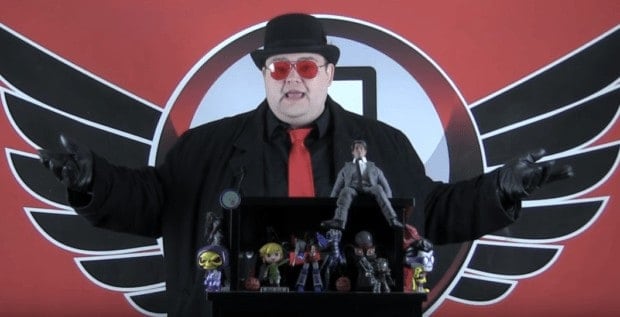 Legend of Zelda Breath of the Wild released on 3rd March to stellar reviews from every outlet and ended up becoming one of the highest rated games ever with a metacritic score of 98. However, it seems like Jim Sterling might not have liked the game as much as others.

On his website, Jim Sterling, known by many as the man behind Jimquisition gave the game a 7/10. His review’s metacritic blurb reads:

At its absolute best, Breath of the Wild offers some of the most absorbing experiences a Zelda game ever has, unfortunately, it makes you work harder for it than you should, buried as it is under a pile of small but constant irritations that collaborate to form a thick crust of frustration around a delectable center.

Breath of the Wild is a delightful adventure, one that tries its utmost to be as big a pain in the arse as possible.

Unfortunately, it seems like his review didn’t sit well with some of the most avid Nintendo fans who now blame him for causing the Metacritic score to drop down to 97. Earlier today, he tweeted out saying that his website was under a DDOS attack.

Jim Sterling’s history with Nintendo hasn’t been rosy recently and in almost all of his Youtube videos, he tries to point out how Nintendo blatantly continues to abuse its copyright claims.

This has resulted in him getting flak from Nintendo fans in the past as well and he recently shared yet another example of such behavior from fans where one ‘gentleman’ even asked him to drink bleach.

Much of the criticism against Jim seems to circle back to his relationship with Nintendo since he pretty much asked people to pirate Nintendo games in one of his recent videos.

Many fans are also pointing out that giving such a low score to Breath of the Wild makes no sense since Jim gave Horizon Zero Dawn a 95, unless Jim was clearly biased against Nintendo.