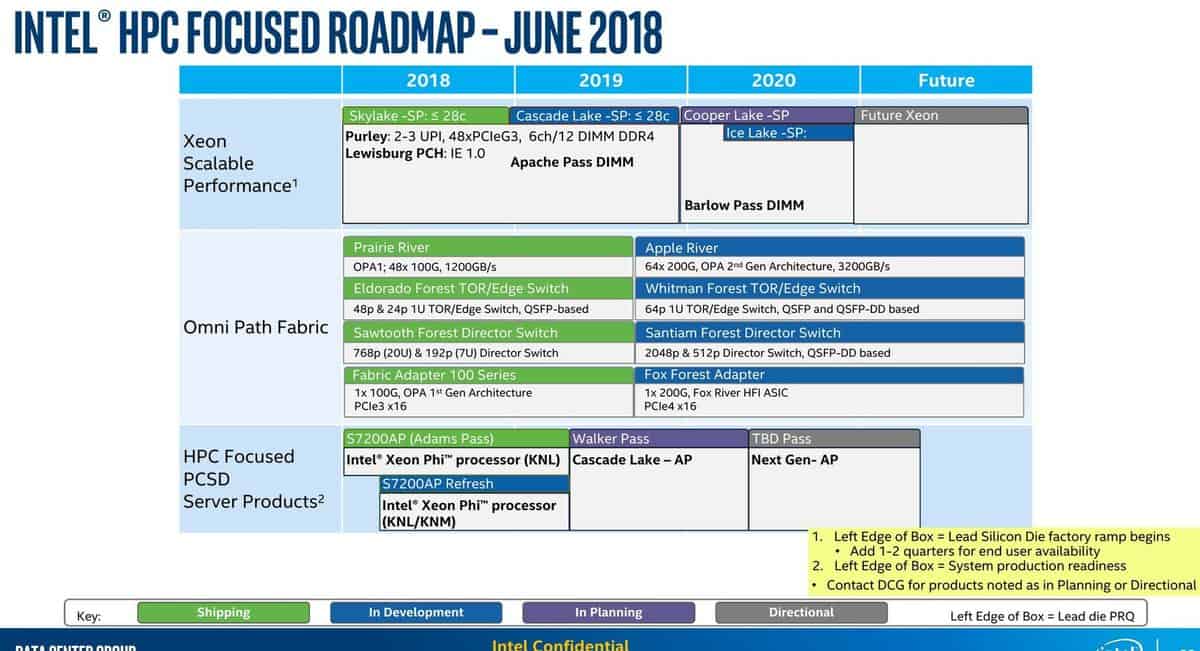 Intel has been very quiet about its CPU product roadmap with its 10 nm based CPUs being delayed. While Intel isn’t talking about it but, Intel CPU roadmap 2018-2020 has been revealed which reveals that Intel will stick with 14 nm process node and 10 nm has been pushed further ahead.

Update: A new roadmap has revealed that also shows that 10nm will be coming out in 2020. You can check out the roadmap below.

A slide for Intel CPU roadmap has emerged online which reveals that Intel will stick with the 14 nm process node for its upcoming processors while the productions for 10 nm based Intel CPUs have been pushed ahead.

As you can see in the Intel CPU roadmap, Intel will be bringing the Z370 chipset motherboard in Q3 2018 possibly with the launch of 8-core Coffee Lake consumer-level CPUs.

As for the 10 nm CPUs, they have been pushed to 2020 as Icelake-SP CPUs will be rolling out in Q3 2020 according to Intel CPU roadmap. 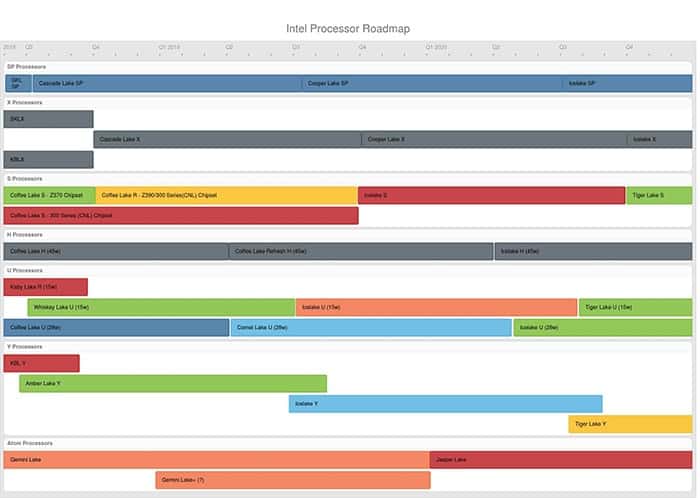 Speaking of Intel, reportedly the company is shutting down its Extreme Edition CPU brand.

This is according to former principal Engineer and Performance Architect at Intel, Francois Piednoel, who revealed that Intel is killing its high-end CPU brand which is a big mistake on Intel’s part.

However, Intel won’t be shutting it down without introducing a new brand for its high-end CPUs and might be working to release its enthusiasts level CPUs under a new brand.

What do you think of Intel CPU roadmap and Intel pushing the 10 nm CPUs to 2020? Let us know in the comments below.