Insomniac Games Announces Song of the Deep for PC, PS4, and Xbox One 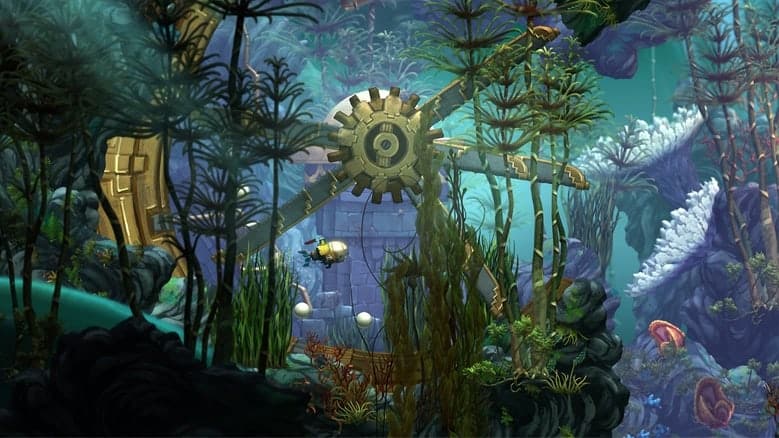 Insomniac Games has announced Song of the Deep, an action-adventure game scheduled to release on PC, Xbox One, and Playstation 4.

Song of the Deep basically tells the story of a young girl and her quest into the abyss to find her missing father. Furthermore, the game’s marks GameStop’s entry into console game publishing business.

According to developer, the game will combine skill, suspense, and discovery along with an unforgettable narrative. Following are some details regarding the game’s from the official website:

Overview
Song of the Deep is a metroidvania-style action-adventure game following a young girl’s quest into the unknown to find her missing father. Combining discovery, skill, and suspense with an unforgettable narrative, this underwater journey will challenge players to explore, experiment, and skillfully navigate a vast ocean landscape. Song of the Deep launches on PS4, Xbox One, and PC this summer, 2016.

Inspiration
A passion project inspired by the daughter of Insomniac Games Chief Creative Officer Brian Hastings, Song of the Deep has a simple and compelling message: no matter who you are, you have the ability to overcome adversity when you don’t give up.

Storyline
Merryn waits all night for her father to return from his fishing voyage. He never does. After a vivid dream showing her father trapped under the sea, Merryn is determined to save him. This unlikely heroine builds a small submarine from spare parts and sets off to rescue him. Along the way, she’ll make friends, discover lost civilizations and ruins, and upgrade her submarine to explore even deeper. The terrain and monsters of the deep are daunting, but Merryn’s courage, intelligence, and love for her father will help her overcome adversity.

Key Features
Set in a gorgeous underwater world, players take on the role of Merryn in her quest to find her father. With a rickety submarine, Merryn will explore the vast ocean depths in this side-scrolling Metroidvania-style adventure game. Song of the Deep delivers unique gameplay in a tale of love, heartbreak, and triumph.

You can also view the announcement trailer attached above and share your impressions with us in the comments section below!

Song of the Deep is scheduled to release on PC, Xbox One, and Playstation 4 this summer.